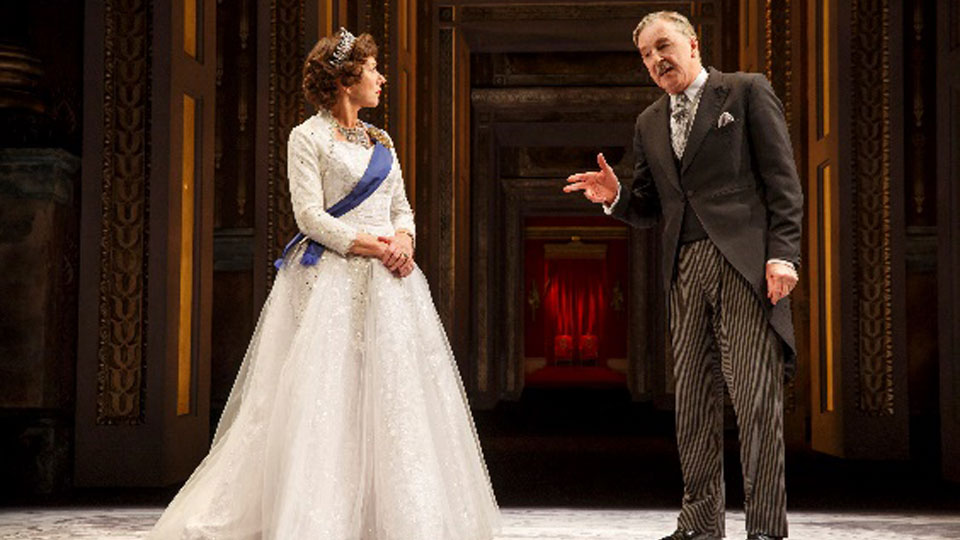 The V&A will this February celebrate the rich creative theatre talent in the West End of London and New York’s Broadway, two world class centres of theatrical excellence. Curtain Up: Celebrating 40 Years of Theatre in London and New York will explore the extraordinary range of craft and collaboration that goes into creating award-winning plays, musicals and productions. The show will be a free and immersive theatrical experience taking visitors from the stage, to the design workshops and through the history of the awards to the red carpet.

Curated by the V&A and The New York Public Library for the Performing Arts at Lincoln Center, in partnership with the Society of London Theatre (SOLT), Curtain Up is part of a year-long programme of activity organised by SOLT to celebrate 40 years of the Olivier Awards (1976-2016), awarded annually to recognise excellence in professional theatre.

Curtain Up is designed by RFK Architects and Tom Piper, the acclaimed designer and theatre maker renowned for his Tower of London poppies installation, Blood Swept Lands And Seas of Red, a collaboration with ceramic artist Paul Cummins. Curtain Up will bring together costumes, designs, models, photographs, archival production material, film and awards, much on display for the first time.

On display will be objects drawn from the collections of the V&A and The Library for the Performing Arts supplemented with key loans from private collections. Highlights include original costume designs from The Phantom of the Opera by Maria Bjornson (1986), one of the longest running West End musicals, and the longest running Broadway production in history, shown alongside the costume worn by a recent West End Phantom; a selection of golden top hats from A Chorus Line which won both the Tony Award (1976) and the inaugural Olivier Award (1976) for Best New Musical; a tunic worn by Rudolf Nureyev in Romeo and Juliet which won the Olivier in 1977; and Dame Helen Mirren DBE’s dress designed by Bob Crowley and worn in The Audience, a role which she won both an Olivier (2013) and Tony Award (2015) for Best Actress.

Dame Helen Mirren DBE said; “Having worked on both Broadway and the West End, I am delighted that Curtain Up, marking 40 years since the Olivier Awards were inaugurated, honours the shared artistic heritage binding London and New York and showcases the wealth of creative talent that brings great productions to the stage on both sides of the Atlantic.”

Curtain Up will consider the central role the West End and Broadway have in London and New York today as well as exploring the evolution of these two transatlantic theatre cities. A spotlight on the awards will reveal how they have developed since their inception and how an entire company – from back-of-house to centre stage – contribute to an award-winning production including such material as correspondence and production material relating to the original production of Evita. Script-writing, production, direction, design (lighting, sound, set, and costume), music, choreography and the evolution of technology will all be considered.

Plays and musicals which have performed well both in London and New York will be highlighted with costumes on display from Disney’s The Lion King, designed by Julie Taymor, costume designs by William Ivey Long for Chicago and The Producers and Christopher Oram’s costume designs for the Royal Shakespeare Company’s Wolf Hall and Bring Up the Bodies.

There will be the opportunity to see the set models for Matilda the Musical, an RSC musical which won seven Olivier awards and five Tony awards, designed by Rob Howell as well as models from the National Theatre’s award-winning production War Horse (2007). On display for the first time in the UK will be set models for the New York productions of Carousel (1994) and Sunday in the Park with George (1983).

Film clips from notable theatre productions from the V&A’s National Video Archive of Performance (NVAP) and the NYPL’s Theatre on Film and Tape archive (TOFT) will be embedded throughout.

In this article:Curtain Up: Celebrating 40 Years of Theatre