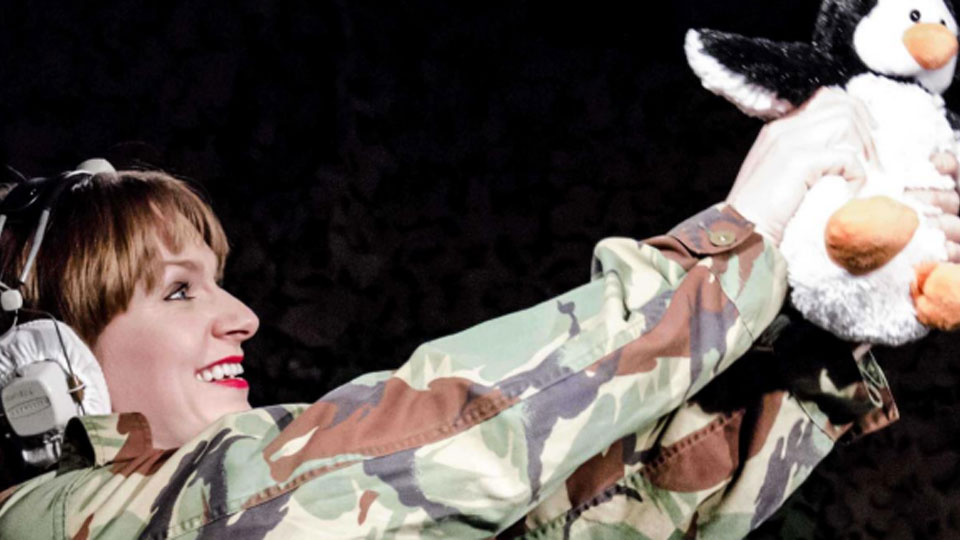 Fresh from a highly-acclaimed run at Edinburgh Fringe 2015, Whiskey Tango Foxtrot is back with gusto, following an amazing four nominations in the Broadway World Awards.

Based on Rebecca Crookshank’s time in the Royal Air Force serving Queen and country, Whiskey Tango Foxtrot charts her journey from basic training to the Falkland Islands. From feeling low to flying high (literally, in a Tornado F3), this is a deeply moving, hilarious and heart-warming adventure.

Whiskey Tango Foxtrot highlights the challenges women face in being defined by their gender and celebrates the wonderful women who forged a path for others. Crookshank’s anecdotes about her time in the Air Force mix the serious and the comic to great effect interspersed with her own video footage to really emphasise the reality at the heart of her story.

See www.wtftheplay.co.uk/ for more details and to book.