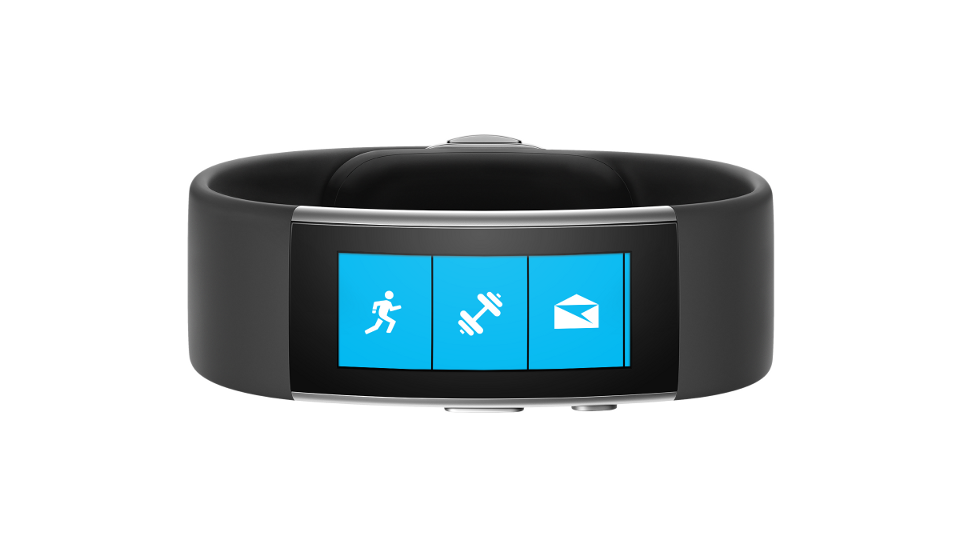 Smart watches, bands and fitness trackers have really increased in popularity over the past couple of years. With so many to choose from, each with completely different features, it makes picking which one to get a rather tough decision. Coming a year after their first effort it’s clear that Microsoft have been listening hard to customer feedback.

The Microsoft Band 2 aims to impress with a brand new design, a new sensor and even more features. I’ve spent the past two months wearing the Band 2 and have been trying it out in as many different ways as possible to see if it’s worth your hard-earned cash.

Getting setup with the Band 2 is quick and easy. The first thing to do is to download the Microsoft Health app for your smartphone. For the purposes of this review I’ve been using my Lumia 930 Windows Phone. A great decision by Microsoft though is that you can also use iOS or Android phones instead and still get the majority of the features.

The Band 2 must be paired to your phone via Bluetooth. Once this is done there are just a few simple steps to register and customise the Band 2. This includes choosing the colour and background on the screen as well as the apps that you want to use and the order they appear on your device.

Not everyone was a fan of the design of the original Band. It was uncomfortable to wear with its rigid strap and nothing special to look at with its black plastic finish.

The Band 2 has seen many improvements in this area with a new more flexible strap that feels soft to the touch. In the middle of the strap is a gorgeous curved AMOLED touchscreen with a higher resolution of 320×128 pixels. The screen is protected by Gorilla Glass 3 and surrounded by a new silver metallic finish that gives the device a much more premium look and feel than its predecessor. At the end of the straps you’ll find the battery, charge point and clasp.

When ordering a Band 2 you need to ensure you use Microsoft’s sizing guide to get a correct fit. While the screen is flush with the strap the battery actually sticks out a bit. The result of this is that the Band 2 initially feels loose on the sides of your wrist. If you buy the right size you’ll find that the screen and battery sit snugly on your wrist. I’ve found wearing it for the entire day just as comfortable as my favourite watch.

My biggest complaint about the entire device is the bizarre clasp that secures the strap on your wrist. There’s two buttons to press on one end of the strap and then you have to line it up with a groove on the other end. Once in the correct place you can press the buttons to tighten or loosen the strap. It takes some practice to get used to but still always feels just a bit too fiddly.

Inside the Band 2 is an impressive array of sensors to help keep track of your body and the environment. These sensors include optical heart rate, 3-axis accelerometer, GPS, ambient light, skin temperature, UV, capacitive, galvanic skin response and microphone. The Band 2 also features a new barometer sensor allowing it to keep track of your elevation.

In my testing these sensors all appeared to do the jobs they were designed for. A minor complaint was with the GPS that sometimes seems to take a long time (up to a minute) to lock onto your position. However if you’re eager to get going on your run then you can leave it searching while you get started.

Charging the Band 2 is done via USB and a proprietary charge cable. The part that connects to the end of the strap is magnetic and easily snaps into place. A full charge takes around 1½ hours and with normal use you can get up to 48 hours of operation. GPS can be turned on and off as needed as this can really eat into the battery. I found I needed to charge the Band 2 daily when I was using the GPS. As the Band 2 isn’t waterproof I found it best to charge it in a morning during the hour or so when I shower and get ready for work.

Fitness tracking is the main reason to pick up the Band 2. While you’re wearing the device it will keep track of your heart rate, how many steps you’ve taken and also your calorie burn. You can set daily step and calorie goals to motivate you and it will let you know when you hit them. It can give you gentle reminders when you’ve been inactive for a while and knowing you’ve not hit your daily goals motivates you to meet them. Also it becomes addictive to try and beat the previous day and set new records.

A neat feature I found with my phone is that I can leave the Band 2 charging and my phone will track my steps. Then when I pop the Band 2 back on it will fill in the gaps using the data collected by my phone.

The Band 2 had dedicated modes for running, cycling and golf. Sadly I don’t cycle or play golf so can’t really comment on these but I do like to run on the treadmill at the gym and occasionally outdoors. When on the treadmill you can enable running mode but keep GPS off and I’ve found it to be about on par with the distance and calories displayed at my local gym. The big benefit is that the Band 2 also tracks your heart rate so it knows exactly how hard you are pushing yourself during your workout.

When running or walking outdoors you can enable the GPS so that the Band 2 will keep a track of your route. At the end of a session, via Microsoft Health, you can view your route and get extra information such as which bits you covered quickest and slowest. You can also see your split times and it will track your personal bests too.

The Band 2 has various built in activities that it is able to track. So if you’re going for a weightlifting session you can set it to Strength training. There’s also Rowing, Elliptical, Stairclimbing and even Yoga.

When you start a guided workout the Band 2 shows you on screen what you are expected to be doing. It monitors you while you do it and also tells you when you need to rest. A new feature is the ability to create your own workouts and then share them for other users.

When not using the Band 2 to track your latest workouts it functions as a pretty nifty smartwatch. In watch mode you can have it so that the screen automatically comes on as you turn your wrist to look at it. This is a cool feature and also helps preserve the battery life.

Microsoft want you to use the Band 2 as a way to keep your phone in your pocket. Everyone with a smartphone knows that they get a bit too obsessed with constantly checking it and looking at it. So to help with this the Band 2 will vibrate when there is a notification that needs your attention and its able to show you it right there on your wrist.

When a phone call is incoming you can see who it is without fumbling for your phone. Text messages are delivered to the Band 2 and you can even reply to them in a number of ways such as preset quick replies, dictation or there’s even a tiny on-screen keyboard that works well. Similarly you can have it show you your Calendar appointments, Facebook messenger and even Twitter mentions.

The smart alarm feature is possibly my favourite feature on the Band 2. The idea is that before you go to sleep you tell the Band 2 what the latest time you would like to wake up is. After picking your smart alarm time the Band 2 will then monitor you closely for the 30 minutes before your alarm is due to go off. When it notices that you are in a lighter stage of sleep if will wake you up early.

For example if you set an alarm for 6:30am the Band 2 is going to wake you up between 6:00am and 6:30am. So if you happen to be sleeping lightly at 6:10am then it will wake you up with a gentle vibration on your wrist.

The idea behind this is that if you wake during light sleep you are less likely to feel groggy. During the 2 months I’ve spent with the Band 2 I’ve found myself waking up feeling much more refreshed and able to get straight up and on with my day. It’s a wonderful feature that really seems to work.

As someone who can easily get by on just 4 hours sleep a night I was keen to try out the sleep tracking feature of the Band 2. Just before you go to sleep you can put the device into sleep mode. Then it will monitor how long it takes you to drop off, your heart rate through the entire night, when you wake and also your periods of light and restful sleep.

The next morning you tap the Band 2 to tell it you’re up and awake and then it gives you an efficiency rating for the sleep you just had. It also tells you how restorative your sleep has been. To see in more detail you can look at Microsoft Health via the app or website. This gives you graphs of your heart trace during the night as well as showing your different periods of sleep.

If you forget to enable the sleep mode the Band 2 is pretty accurate at detecting when you’re sleeping anyway. So if you go to bed but don’t set it then the next morning it will still have a record of your sleep pattern for you.

Apps and other features

I’ve covered the main features of the Band 2 but there are still plenty more. New apps are coming out for it all the time and there’s already apps to see the news headlines, show you the weather, track stocks, see the latest Xbox news and even carry your Starbucks card on your wrist. It’s also compatible with many other services such as MyFitnessPal and Runkeeper allowing you to automatically load your data into them.

Windows Phone users benefit from Cortana support allowing them to take advantage of the personal assistant features such as taking notes, replying to texts and setting reminders.

Microsoft are constantly improving the Band 2 and have already released several updates since launch. In the previous update they added the ability to control the music player on your phone and the most recent one adds weight tracking.

The Microsoft Band 2 is an incredible piece of kit that keeps getting better. Whether you’re looking to become more aware of your health or seriously want to improve it then the Band 2 is going to really help you achieve those goals. The Microsoft Health companion app is addictive and informative while the online one goes even further with much more detail. Although I have a few minor complaints, if you’re looking for a fitness tracker I really can’t recommend the Microsoft Band 2 enough.

In this article:Fitness, Health, Microsoft Band