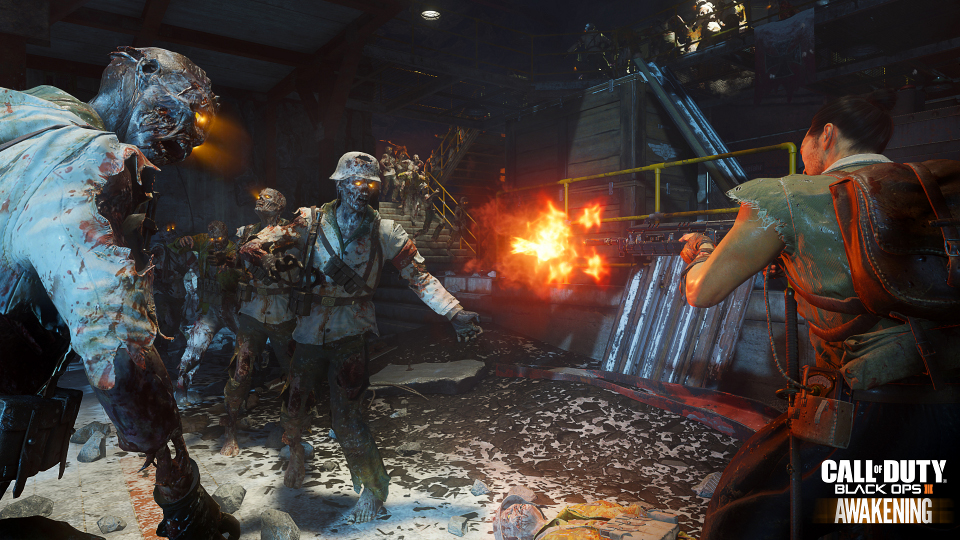 Der Eisendrache, the first chapter of Call of Duty: Black Ops III’s Zombies DLC adventure will take players on an epic journey with the Origin characters Richtofen, Nicolai, Takeo and Dempsey. Set in an eerie medieval castle built upon an ancient site of unspeakable horror, massive deposits of Element 115 have recently been discovered, delivering inspired new gameplay and – in Zombies tradition – a variety of exciting plot twists and surprises that fans will have the opportunity to discover for themselves.

To prepare for the awakening, we’ve taken a look back at some of our best (and worst!) Zombie moments in popular culture:

What we said: There are so many talented individuals in the show, but for us – the stand out performer was Michael as a child, as a part of the Jackson 5, before he went solo. With a cheeky persona and hair as big as his smile, the young man stole the stage and the talent that he has is raw and he has it in abundance. Slick choreography and smart movements make for a visual spectacular. Lazers, lights and magic – the new Thriller has everything that you could want to see from a live show. A huge bravo to the whole team. We are thrilled with this new version of Thriller and have no doubts that it will continue to run for a very long time.

What we said: Warm Bodies is a gem of a film that manages to add something new to an established genre. With sharp comedy, great performances and a surprising amount of heart, Warm Bodies is one of 2013’s best surprises yet.

What we said: World War Z proves the haters wrong and comes in as a very entertaining slice of blockbuster-fun. With suspense, action and horror all dutifully covered, it’s one of this summer’s must-see movies. It does set up a few avenues that could have done with more exploration but ultimately, World War Z is deserving of your time and money.

Doc of the Dead

What we said: Doc Of The Dead is a respectful and almost comprehensive look at the zombie phenomenon. It’s slightly more than a DVD extra but also slightly less than a full blown doc. An enjoyable watch but there is very little here that isn’t already known to those addicted to the genre.

Read our full Doc of the Dead review.

What we said: Zombeavers could have been a real cult classic but instead it falters pretty quickly. The premise alone isn’t enough to take it across the finish line. There needs to be more substance, even for a knowingly hokey film like this. There are laughs to be found but not nearly enough to make this work as it should.

Pride and Prejudice and Zombies

What we said: Pride and Prejudice and Zombies is a fresh twist on Jane Austen’s widely celebrated novel. A mysterious plague has fallen upon 19th century England, the land is overrun with the undead and feisty heroine Elizabeth Bennet is a master of martial arts and weaponry. Casting aside personal and social prejudices, Elizabeth and Mr. Darcy must unite on the blood-soaked battlefield to rid the country of the zombie menace and discover their true love for one another.

Read more about Pride and Prejudice and Zombies.