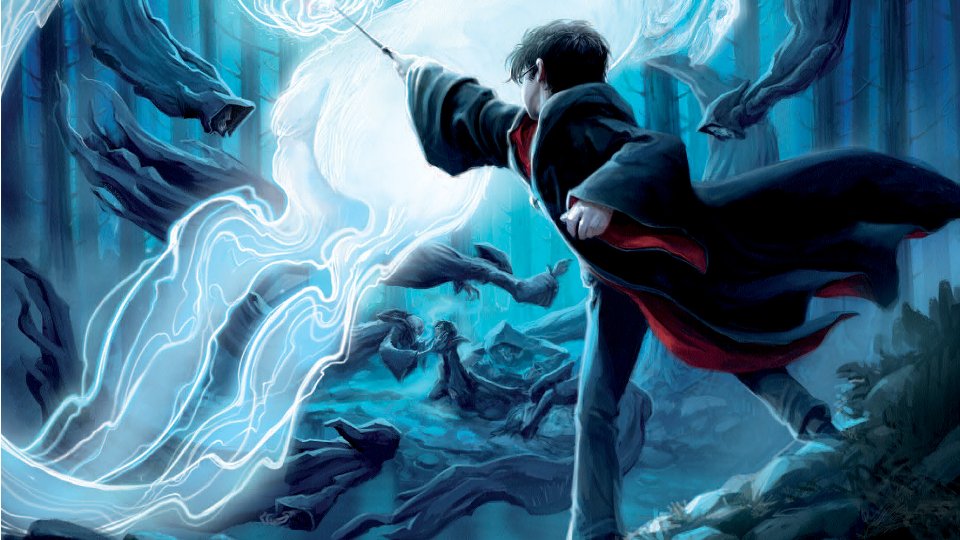 Bloomsbury Children’s Books launched the first official global search to find the world’s favourite spell from the Harry Potter series as part of Harry Potter Book Night: A Night of Spells and today the winner has been announced.

With over 2,700 votes, fans of the books voted Expecto Patronum as their favourite spell. Accio placed second and Wingardium Leviosa came in third.

Expecto Patronum is used throughout the Harry Potter series, first appearing in Harry Potter and the Prisoner of Azkaban. It is taught to Harry by Professor Lupin who explains:

‘The Patronus is a kind of positive force, a projection of the very things that the Dementor feeds upon – hope, happiness, the desire to survive – but it cannot feel despair, as real humans can, so the Dementors can’t hurt it.

But I must warn you, Harry, that the Charm might be too advanced for you. Many qualified wizards have difficulty with it.’

The full Top 10 favourite spells are:

1. Expecto patronum – to summon up a Patronus

4. Expelliarmus –to disarm your opponent

8. Sectumsempra – the incantation for one of the Half-Blood Prince’s spells

9. Obliviate – to make the subject forget

10. Riddikulus – to make a Boggart take on a comical appearance and eventually explode

The second Harry Potter Book Night takes place tonight (4th February 2016) with the theme of A Night of Spell. Schools, libraries, bookshops and community centres across the UK will be creating their own events to celebrate J.K. Rowling’s magical series of books.