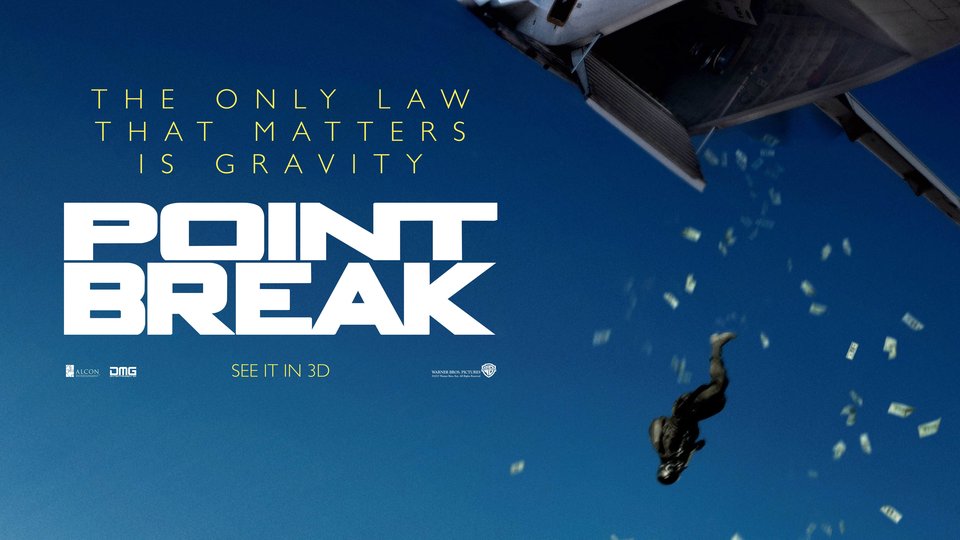 Point Break is out in cinemas on 5th February and stars Luke Bracey, Edgar Ramirez, Ray Winstone and Teresa Palmer. Directed by Ericson Core, the action drama features some amazing set-pieces and a desire to bring real authenticity to the movie.

A young FBI agent, Johnny Utah (Luke Bracey), infiltrates a cunning team of thrill-seeking elite athletes – led by Bodhi (Edgar Ramirez). The athletes are suspected of carrying out a series of crimes in extremely unusual ways. Deep undercover, and with his life in constant danger, Utah tries to prove that they are behind this string of incredible crimes.

To celebrate the films release, we take a look at 5 reasons why you need to see Point Break.

Point Break lays out a massive marker at the start of the film that shows audiences exactly what to expect in this movie. The Motocross scene is amazing and features some astonishing bike action as we are first introduced to the character of Utah (Luke Bracey) and the events that lead him to a life with the FBI.

So often the best thing in his movies, Ramirez is always reliable and he continues this trend here with Point Break. Following on from the late, great Patrick Swayze as Bodhi is no mean feat but his screen presence is brilliant and he brings a new dynamic to the table. Ramirez makes the role his own in this reimagining and is a joy to watch.

When rumblings of a Point Break remake were first heard, there was natural uproar. Hollywood’s desire to retread established franchises doesn’t seem to be going away any time soon so with that in mind, it’s interesting to see how director Ericson Core has approached the narrative and especially the stunts. Authenticity is key and Core has assembled a wealth of expertise including poly athletes to help make Point Break as realistic as possible. The end result is a film filled with breathtaking stunts that totally immerse the viewer.

Bracey is certainly one of the faces to watch out for in 2016. From humble beginnings in Home and Away, the Australian actor has gone on to appear in G.I. Joe: Retaliation, November Man and The Best of Me. Possessing the attributes to become a great leading man, Bracey continues to work hard with rom-com Me Him and Her on the horizon, as is a starring role in Mel Gibson’s Racksaw Ridge, a WWII drama, alongside Andrew Garfield, Sam Worthington, Hugo Weaving, Vince Vaughn and his Point Break co-star Teresa Palmer.

This sequence is exactly what the reimagining of Point Break is all about. A staggering mountain climb leads to a breathtaking sequence where Bodhi, Utah and the gang fly through the air. With cameras positioned on the actual gliders along with some captivating scenery to take in, this is by far the best action sequence in the movie and leaves you utterly gobsmacked.

Point Break is released in cinemas on Friday 5th February 2016.