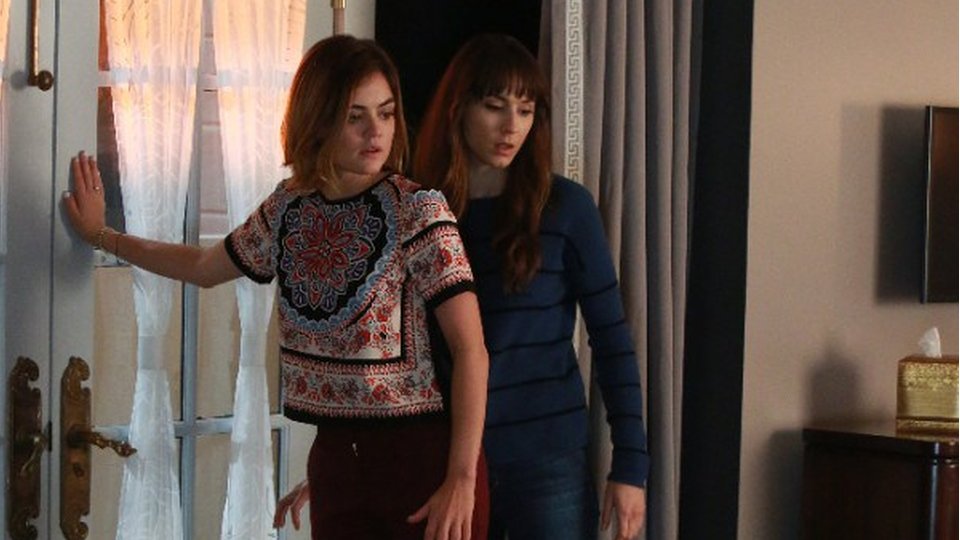 Could Aria’s (Lucy Hale) dad Byron (Chad Lowe) really have had something to do with Charlotte’s (Vanessa Ray) murder?

The latest episode of Pretty Little Liars suggested that he did when it was revealed that a 9 iron was used to kill her and Byron’s was suspiciously AWOL. Aria turned investigator and it appeared that Ezra (Ian Harding) may not have been involved after all but she did discover that he saw Byron doing something the night of the murder.

Elsewhere in the episode Hanna (Ashley Benson) came clean about deleting the security footage forcing Ashley (Laura Leighton) to steal the backup, Spencer (Troian Bellisario) joined forces with the Yvonne (Kara Royster) the daughter of her mother’s rival for a public appearance, and Caleb (Tyler Blackburn) told Toby (Keegan Allen) about his new relationship with Spencer.

The next episode of the season is Do Not Disturb. In order to prove Sara Harvey is behind the threats, Aria and Spencer attempt to find evidence of her involvement before they go to the cops. Caleb puts together a plan with Hanna to fight back against the new stalker by using the security footage tapes.

Tune in to Freeform 8/7c on Tuesday in the US and Netflix on Wednesday in the UK to see the episode. Preview it with our gallery below: