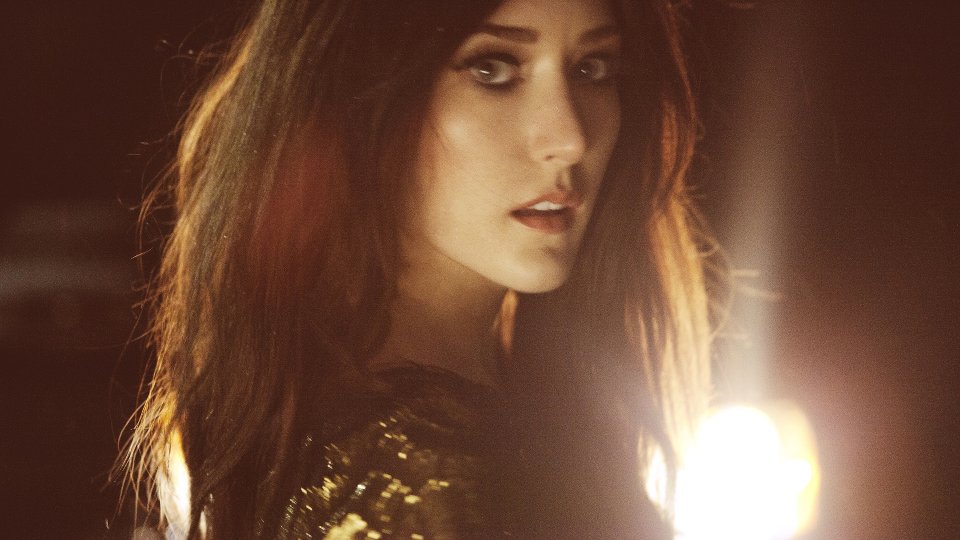 Being the daughter of two country music singer/songwriters is going to put a lot of pressure on anyone. Rising star Aubrie Sellers is the daughter of Jason Sellers and Lee Ann Womack, and the step-daughter of record producer Frank Liddell. Having spent her childhood on the road surrounded by singers, songwriters and musicians, it’s little wonder that Sellers has chosen to follow in the footsteps of her parents. Prior to the release of her debut album New City Blues, Sellers has put her vocals to work on albums from David Nail, Ralph Stanley and Miranda Lambert.

For New City Blues Sellers has teamed up with Liddell to produce the record and she’s co-written or written every single track on the record. What’s clear from opening number Light of Day is that Sellers has no interest in being confused with any other female artist in country music. The shimmering guitar strums that open the track last for almost a minute before a strong beat kicks in and a grungey feel takes over. The minute she starts singing you can tell that Sellers voice isn’t all that dissimilar to her mother’s with the main difference being that she can pack a harder punch.

Across the album Sellers carves out her own niche in the industry and establishes herself as an artist not afraid to follow her creative instincts rather than commercial ones. From the punchy Sit Here and Cry through to the beautiful Like the Rain, Sellers confounds expectations at every turn and misses no opportunity to put her own stamp on the genre. Paper Doll takes country music out of the bars and straight into the garage for an early highlight on the record. The energy of the track is infectious and you could say it’s a rebellion against what is perhaps expected from her.

Elsewhere on the record Sellers comments on tabloid chatter on the fiery Magazines, embraces traditional country rock on Just to Be With You, and gets her angst out on album closer Living is Killing Me. There’s a contrast on the album between the rockier numbers and the more stripped-back traditional country songs. Dreaming in the Day shows a softer side to Sellers’ talent boasting a strong melody and earmarking itself as a potential single, and the Brandy Clark co-write Liar Liar sees Sellers calling out a no-good man with a confident swagger.

One of the best songs on the album is Loveless Rolling Stone where Sellers really gets to show off her vocals. The song is somewhat an anti love song as Sellers sings about falling in love and choosing to leave the object of her affections. It’s an interesting twist on a love song and Sellers’ vocals are full of emotion.

New City Blues is an impressive debut for Sellers and it’s no surprise that she’s the talk of Nashville right now. It would have been easy for her to ride on the coat tails of her pedigree but she’s clearly forging her own path in the industry. She’s avoided the sweetness of stars such as Carrie Underwood and Miranda Lambert, and she isn’t afraid to get down and dirty to give her music a more authentic edge. If this is how good she is on her debut album, I can’t wait to see how she progresses with her career from this point on.

Watch Aubrie’s music video for Sit Here and Cry below: