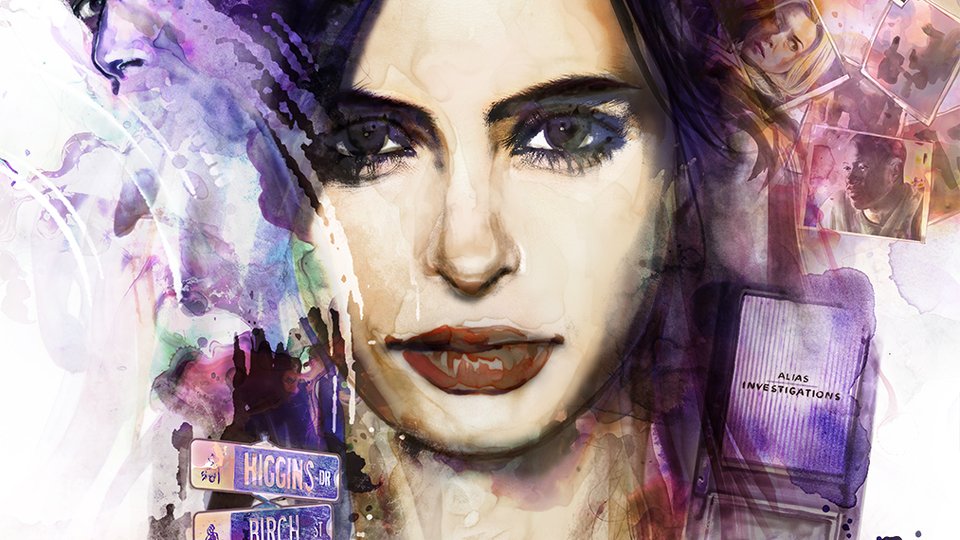 Marvel’s Jessica Jones has given Netflix even more critical acclaim that they can shout from the rooftops as they continue to establish themselves as one of the lead original programmers in the industry.

If you haven’t seen the first season of Jessica Jones and don’t want any spoilers we suggest you stop reading now. If you have seen it and want to hear our thoughts on the next season keeping reading.

Arriving shortly before Christmas last year, Marvel’s Jessica Jones had a lot of expectation on its shoulders thanks to the impressive debut season run for Marvel’s Daredevil. One of five Marvel shows created for Netflix – Luke Cage, Iron Fist and The Defenders are all set to debut in the next two years – Jessica Jones features the fantastic Krysten Ritter in the titular role as a retired superhero turned detective.

The first season of the show saw Jessica slowly returning to her superhero ways when Kilgrave (David Tennant), a man with the power of mind control, returned to her life determined to get her back under his control. With the help of her best friend Trish Walker (Rachael Taylor), on/off boyfriend Luke Cage (Mike Colter) and shady lawyer Jeri Hogarth (Carrie-Anne Moss), Jessica successfully tracked Kilgrave down and faced her fears once and for all. After a season of cat-and-mouse games that saw Jessica voluntarily live with her enemy, she finally managed to get the upper-hand by tricking him into believing she could fall under his control again. As he fell for her deception, she snapped his neck and released everyone from his control.

That was the general gist of the season but there was plenty more going on including a sub-plot with police officer Will Simpson (Wil Traval) who was using pills to fuel his adrenaline, Trish’s fractured relationship with her abusive mother, and the case of Hope Shlottman (Erin Moriarty) who was a victim of Kilgrave’s that killed her parents. There was also Jessica’s neighbour Malcolm (Eka Darville) who got sucked into Kilgrave’s web and turned his experience into running a support group for others.

Now that we know the series is coming back for another season, we’ve started to put together our thoughts on what we’d like to see when it returns…

1. Jessica getting her detective agency off the ground. Alias Investigations had a handful of cases during season 1 but Jessica’s attention was mostly on tracking down and defeating Kilgrave. The season ended with Jessica being inundated with calls after being hailed as a hero for bringing Kilgrave down.

2. More about Jessica’s origins. Trish stumbled upon the information that Jessica had her medical bills paid by a company called IGH after the accident that killed her family. That is the same company that provided Simpson with his pills. Culd it explain how Jessica got her powers?

3. No comeback for Kilgrave. David Tennant was fantastic as Kilgrave in season 1 and despite his abrupt end (I really did expect a more epic battle), I don’t really have any desire for the character to come back next season. If they want to find some way to bring him back later down the line that’s fine with me but season 2 needs a new villain.

4. Trish to embrace her desire to be a superhero. We know from the comics that Trish eventually becomes Hellcat and in season one she had a brush with the rush of being a superhero after taking Simpson’s pills to beat him. Trish is one of the characters I wanted to see more of in season 1 so her transition to Hellcat is something I would like to happen next season.

5. Jeri to become more dastardly. She’s already proven she’s stone cold when it comes to approaching her work and she was tempted to help Kilgrave even before he used his mind control on her. With her girlfriend facing life in prison and her estranged wife dead, Jeri really doesn’t have a great deal else to love does she? There’s every chance she may be ‘changed’ by what’s happened to her but I don’t think much will stop her from going back to her old ways.

6. More crossovers with the Netflix Marvel universe. Hands up who loved Claire’s (Rosario Dawson) surprise appearance in the final episode of season 1? I held out for a cameo from Matt Murdock (Charlie Cox) but alas it wasn’t to be. Obviously Luke Cage has already played a big part in the series but it would be exciting to have more characters (supporting or major) appear in the next season.

7. Simpson to turn into Nuke. The troubled cop is definitely going that way thanks to his pill taking. He emerged from season 1 as a murderer and a character that you can’t trust. Hopefully he’ll continue down the path he’s started on and become a bigger part of the second season.

8. Malcolm to progress his friendship with Jessica. OK calling them friends is maybe a stretch but they did look out for one another, and Malcolm did get rid of a body for Jessica. Once he got away from Kilgrave’s control, he proved to be pretty valuable to have around.

9. Plenty of action. There were some superb fight sequences in the first season and I’m hoping for even more in season 2. That fight in Luke’s bar was pretty spectacular and Jessica is at her best when she’s kicking ass and taking names.

10. Some really juicy cases around the main storyline. There’s so much scope with the show that it’s hard to know where to pin my hopes but alongside the expected ‘case of the week’ plots, I’d like to see even more character development across the board.

Jessica Jones will return for a new season to Netflix. At present there is no release date but we’re hoping it’ll be 2017. Watch the trailer for season 1: