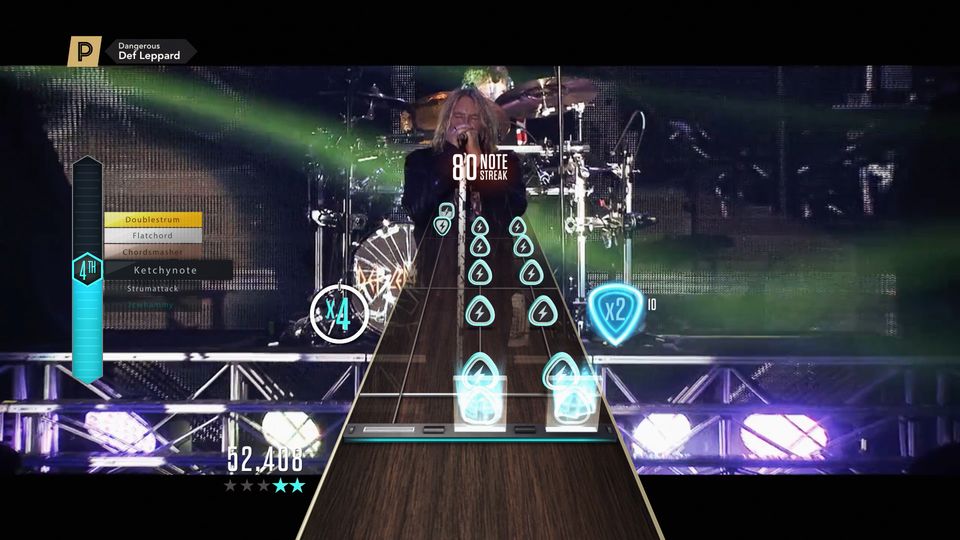 This week in Guitar Hero Live, Activision and FreeStyleGames will debut the exclusive UK premiere of Def Leppard’s new music video for one of their latest songs called “Dangerous.” GHTV is the first place in the UK to watch and play along to the latest video from the world famous English rockers’ latest self-titled album. The premiere of the Dangerous music video on GHTV is the title track in the Def Leppard: On Through The Ages Premium Show, which also includes new and classic Def Leppard videos for “Let’s Go” and “Rock of Ages.”

[quote by=”Joe Elliott of Def Leppard”]When the idea to premiere our newest music video for ‘Dangerous’ in Guitar Hero Live came about, we were thrilled. The way our fans discover and listen to our music has evolved so much throughout the years. Whether they’re playing on vinyl, streaming the songs online or playing along to our music video in Guitar Hero Live, it’s amazing to see how interactive music has become. There are so many interesting ways our fans experience our music, and having the video for ‘Dangerous’ debut in Guitar Hero Live felt like such a great way to reach all of our fans.[/quote]

Def Leppard: On Through The Ages