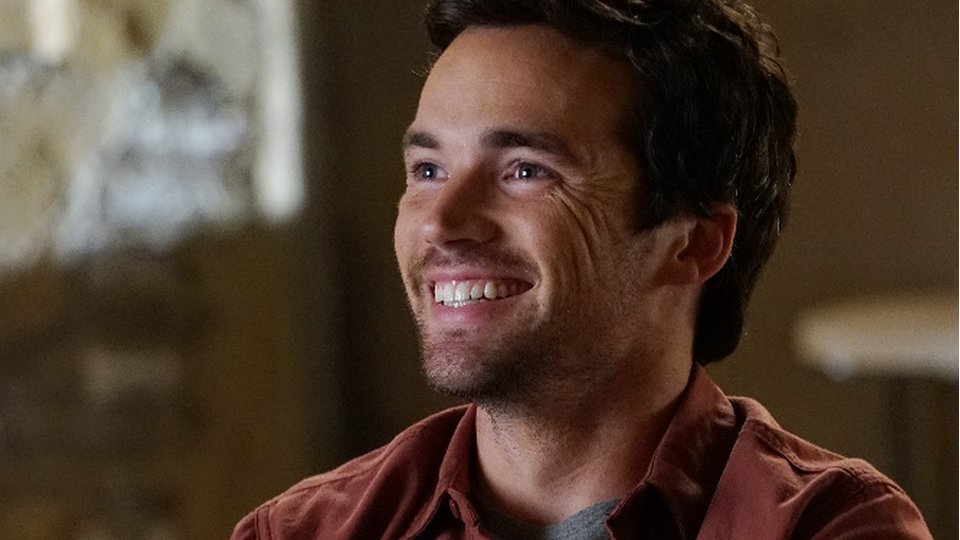 Tensions rose on this week’s Pretty Little Liars as the Liars scrambled to ensure they weren’t implicated or suspected in Charlotte’s (Vanessa Ray) murder.

If you haven’t seen the latest episode of Pretty Little Liars and want to avoid spoilers we suggest you stop reading now. If you have seen it and want to relive all of the action then keep reading.

Hanna (Ashley Benson) admitted to her friends that she had erased the security footage to protect Aria (Lucy Hale). They didn’t approve and neither did Ashley (Laura Leighton) when news of the erased footage was delivered to her by Lorenzo (Travis Winfrey). Ashley confronted Hanna, who lied to her, and things went from bad to worse when Lorenzo’s IT experts determined that the video had been erased by someone.

All eyes on Ezra

Spencer (Troian Bellisario), Emily (Shay Mitchell) and Hanna enjoyed a spa break at The Radley courtesy of Ashley this week and talked about their frustration with Aria not properly tackling Ezra (Ian Harding) over where he went on the night Charlotte was murdered. They theorised that he had killed Charlotte to protect Aria but I suspect they are a little off the mark.

Aria meanwhile threw herself into trying to ensure Ezra’s new book saw the light of day. After a tense lunch at The Radley, where Ashley refused to serve Ezra alcohol due to a previous incident, Aria tried to push her former lover to deliver his book. With added pressure courtesy of Liam (Roberto Aguire), who told Aria that Ezra was close to losing his book deal, Aria took a new approach of writing up Ezra’s note to convince him to continue with the book. When that didn’t work she took matters into her own hands and submitted her versions of Ezra’s notes, which kept her boss happy.

Hanna and Emily confronted Aria about their suspicions regarding Ezra and told her they were going to get the truth from him. In a bid to avoid impending disaster, Aria rushed over to Ezra’s where she pleaded with him to tell her the truth and assured him she would lie for him if she had to. She was interrupted by the arrival of her friends who asked Ezra outright if he killed Charlotte. Ezra exploded telling the Liars to get out of his apartment and he told Aria he was glad that Charlotte was dead.

Will you be my alibi?

Hanna got a blast from the past with the return of Lucas (Brendan Robinson) to Rosewood. Now a rich app creator, Lucas had come back for a few days and was staying in his Rosewood property (it appears he’s a property tycoon now). Desperate Hanna asked Lucas to lie for her and her friends by providing an alibi to the police. He agreed but Lorenzo’s questioning quickly unpicked Lucas’ lie. Hanna apologised for dragging Lucas into the middle of the situation and he gave her the keys to his apartment as a place she can escape to if things got too much at home.

Caught in a lie

Emily’s lies finally caught up with her this week when Pam (Nia Peeples) intercepted mail from Pepperdine University. Quickly realising that her daughter had fed her a barrel of lies, Pam confronted her and Emily came clean about her struggles after leaving Rosewood. Having dealt with Pam, Emily’s bad day continued when Hanna saw her injecting herself in Aria’s bathroom. Confronting her, Hanna demanded an explanation and Emily explained that she was donating her eggs for money after spending all of the inheritance she had received from her father after his death. I’m just relived that Emily isn’t going to be tackling cancer after that red herring last week!

As if Emily wasn’t having enough issues, she had a shadow in the form of Sara (Dre Davis) this week. The one lovers, now enemies exchanged many angry glances and Emily tried to confront Sara at the spa but got nowhere. She tried again at The Radley and Sara used her accident as a way to draw out Emily’s guilt.

Melissa (Torrey DeVitto) was back in town to help with Veronica’s (Lesley Fera) campaign and couldn’t help but voice her suspicions about Spencer’s relationship with Caleb (Tyler Blackburn). Spencer denied anything had happened and Melissa bitchily reminded her sister that stealing other people’s men is something she has a history of. Ouch!

As Spencer tried to keep her eye on her mother’s campaign, she took an interview where she was probed about her connection to Charlotte’s death. She skilfully avoided giving anything away but the same can’t be said about Melissa who had a meltdown thanks to her paranoia. Spencer also discovered that Mona (Janel Parrish) was working for the opposition’s campaign after being turned down for a job by Veronica.

When her day was done, Spencer went to see Hanna to apologise for blowing her off earlier when she needed help. The two started talking about Caleb and Hanna soon guessed that Spencer had feelings for him. Through gritted teeth Hanna gave Spencer the go-ahead to find out if Caleb had feelings for her. Spencer wasted no time in returning home to the barn to find Caleb waiting up for her. After she told him about the incident with Sara on the night of A’s unmasking, she started to talk about her feelings, which led to a lot of kissing.

Just when the Liars thought it was safe to continue their lives, their phones buzzed and it seems that Big A is ready to play. Aria received a message saying that A knew she knew who had killed Charlotte. A was then shown to be getting back into business by unpacking boxes and searching for a new ‘uniform’ after destroying the infamous black hoodie!

Pretty Little Liars continues Tuesday 8/7c on Freeform in the US and Wednesday on Netflix in the UK. Watch the promo for next episode New Guys, New Lies below: