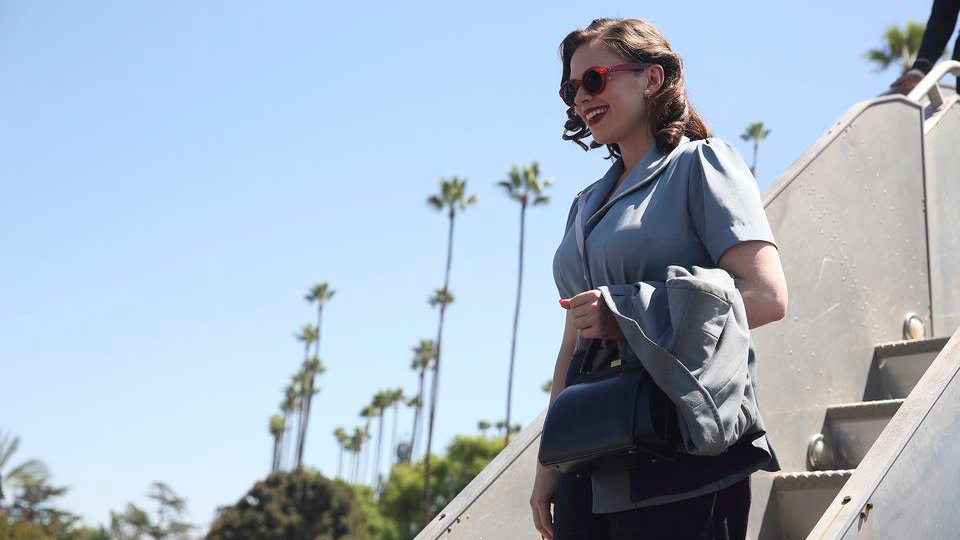 Marvel’s Agent Carter returns to UK screens for a second season later this week – just over a week behind the US. The first season proved to be a huge ratings hit for FOX UK.

In the season one finale Peggy stopped a deadly gas from being unleashed on New York City. She was also finally able to say goodbye to the love of her life Steve Rogers as she poured the last remaining vial of his blood into the East River.

Season two begins one year later from where we left Peggy. The first episode of the new season is The Lady in the Lake. Peggy moves to the City of Angels to help Chief Daniel Sousa, at the West Coast Strategic Scientific Reserve (SSR), investigate a bizarre homicide involving an alleged killer and Isodyne Energy. There Peggy reunites with some familiar faces and as she adjusts to her new home and friends, and her latest mission, she comes to discover the bright lights of Hollywood mask a sinister threat to everyone she has sworn to protect.

Tune in to FOX UK at 9pm on Thursday 28th January to see the season two premiere. Preview it with our gallery below: