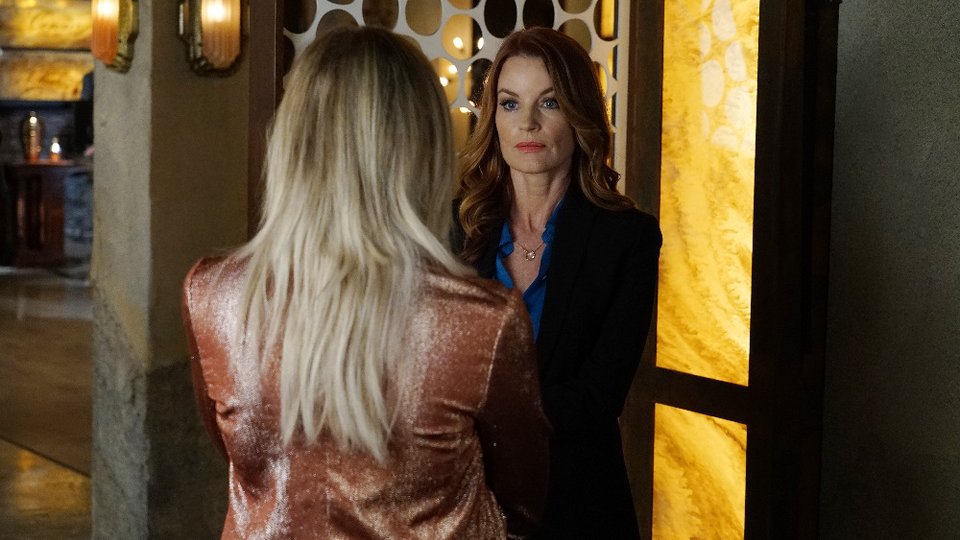 Pretty Little Liars continues with a new episode this week and things are going to get a lot tougher for the liars now Alison (Sasha Pieterse) has pointed the finger at her friends.

In a surprise turn of events during last week’s episode Alison told Lorenzo (Travis Winfrey) that her friends may have something to do with the death of her sister Charlotte (Vanessa Ray). Meanwhile the liars tried to get to the bottom of Aria’s (Lucy Hale) disappearing act the night of the murder and discovered that she had secretly gone to meet Ezra (Ian Harding).

The next episode, The Gloves Are On, sees things get worse for the ladies when Lorenzo discovers that the footage from The Radley during the night of the murder has gone AWOL. Also Aria has to deal with a very depressed and angry Ezra.

Ahead of the episode airing, four clips have been released all of which you can watch below:

Spencer is confronted during an interview

Pretty Little Liars continues 8/7c on Freeform tonight in the US and on Netflix tomorrow in the UK.