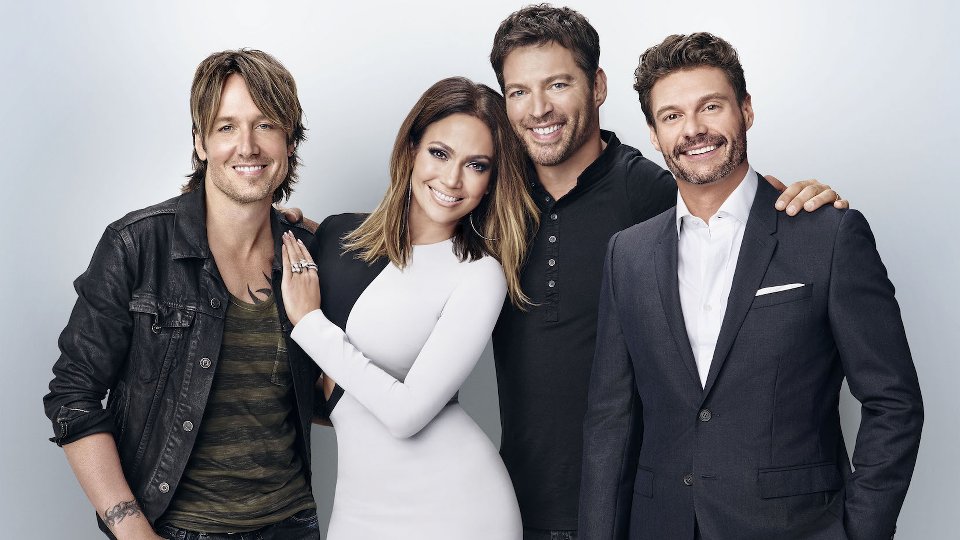 As American Idol broadcasts it’s final series we have found ourselves glued to the screens once more and it got us on a nostalgic look down memory lane as to which acts have gone on to have success beyond the show.

In more recent years acts that have appeared on the show have struggled to build a career afterwards but let’s not forget that the show has been responsible for launching some of the biggest stars in the world.

Here’s our rundown of the biggest names to go through those American Idol doors:

At the top of our list is the down-to-earth Texan gal who could sing a phone book and make it sound good.  The waitress stole the hearts of the America when she belted out those powerhouse vocals and went on to become the first ever winner of American Idol.  She had great success in the US with her debut album Thankful, but it wasn’t until her sophomore album Breakaway that the world really sat up and took notice.  Kelly had moved away from the R&B sound of Thankful and was now a feisty pop/rock diva who was putting boys in their place.  It spawned the international hits Since U Been Gone, Behind These Hazel Eyes and Because Of You.  Her current album Piece By Piece is her 6th studio album (7th if you include her Xmas album) and she is expecting her second child with husband Brandon. Here’s new single and album title track Piece By Piece:

He may not have won his season, losing out to Kris Allen, but he is nobody’s runner up!  With a style all of his own, those vocal acrobatics and a stage presence to rival the likes of Robbie Williams and Lady Gaga, Adam is a standout American Idol finalist.  Since Idol he has gone on to be the first openly gay artist to hit the top of the Billboard charts with his second album Trespassing.   He has joined Queen as their vocalist on sold out world tours, appeared in the hit TV show Glee and the list goes on!  Now on studio album number three, we are just as stunned as the Glamberts and Lamskanks (Adam’s fans) that he has yet to land a UK top 10 single.  We thought Ghost Town was the one but alas it failed to chart, although it did help the parent album The Original High give him his first UK album chart top 10 placing.  Here’s recent single Another Lonely Night:

Country music is massive business in the US so it was only a matter of time before one of the winners of American Idol was a country star.  Combine a spectacular country singing voice with good wholesome girl next door, pretty looks and Carrie was a record company’s dream.  She hasn’t disappointed either with US sales totaling well over 10 million so far and breaking records along the way!  She’s even started to wake up the UK to country with her current album Storyteller being her second album to debut in the top 20 and she’ll be heading to our shores in March to headline the increasingly popular C2C: Country to Country event in March.  Here’s Carrie classic Before He Cheats:

In 2007, Jordin Sparks became the youngest winner of American Idol to date at the tender age of 17.  With an amazing voice she fought off the competition and her debut self-titled album went on to be certified platinum in the US with hits including Tattoo and the Chris Brown duet No Air.  For her second album she had the help of songwriting superstar and One Republic front man, Ryan Tedder, who had not long penned Leona Lewis’ global smash Bleeding Love.  He gave Jordin another killer ballad in Battlefield which scored her a fifth consecutive top 20 Billboard single and a UK top 20 also.  She has had a high profile romance and break up with fellow singer Jason Derulo and had a break from music to do Broadway, TV and even starred in a film with Whitney Houston. Last year saw the star return to music with the release of her third album Right Here, Right Now. Here’s the epic Battlefield:

American Idol’s very own Oscar, Golden Globe and BAFTA winner for her supporting role in Dreamgirls (starring alongside Beyoncé), she finished seventh in 2004’s season.  Smooth, powerful vocals and sass saw her debut album earn a Grammy Award proving that it’s not always the winners that win in the long term (cough One Direction cough).  Jennifer has had to deal with family tragedy when in 2008 her brother, mother and nephew were killed in a shooting.  After understandably taking some time out of the public eye she returned to acting, singing and performing with her third album JHud released in 2014 and seeing her going more funky with help from Pharrell and RedOne amongst others.  Here is the first single Spotlight, from her debut self-titled album:

Chris Daughtry came fourth in season 5 of American Idol and injected a whole lot of rawk into the proceedings.  Upon leaving the show he took his band and recorded their debut self-titled album which topped the Billboard Charts and sold over 4 million copies stateside.  The album also made a dent in the UK top 20.  Their track What About Now from their next album got them to no.11 in the UK charts and was later covered by Westlife who got the track to no.2 in 2009.  Daughtry will release their greatest hits It’s Not Over…The Hits So Far next month.  Here is ‘What About Now:

Say what you want about singing shows like American Idol but the above artists show that for every out-of-tune wannabe there’s a genuine talent who use these shows as a platform to go on to have great careers.

It wouldn’t be right not to give a shout out to the judges too.  From the original line up of Randy Jackson, Paula Abdul and Simon Cowell we’ve seen Mariah Carey, Steven Tyler, Ellen, Kara “Artistry” DioGuardi and Nikki Minaj have their say.  Bringing us right up to the current panel of Jennifer Lopez, Harry Connick Jnr and Keith Urban.  We are certainly loving the bond the current judges have and their seeming joy in their work as they search for the final American Idol.

Have we missed your favourite?  Tells us in comments below.

American Idol is on 4Music on Monday and Tuesday nights at 8pm in the UK and Thursday and Friday nights on Fox in the US.