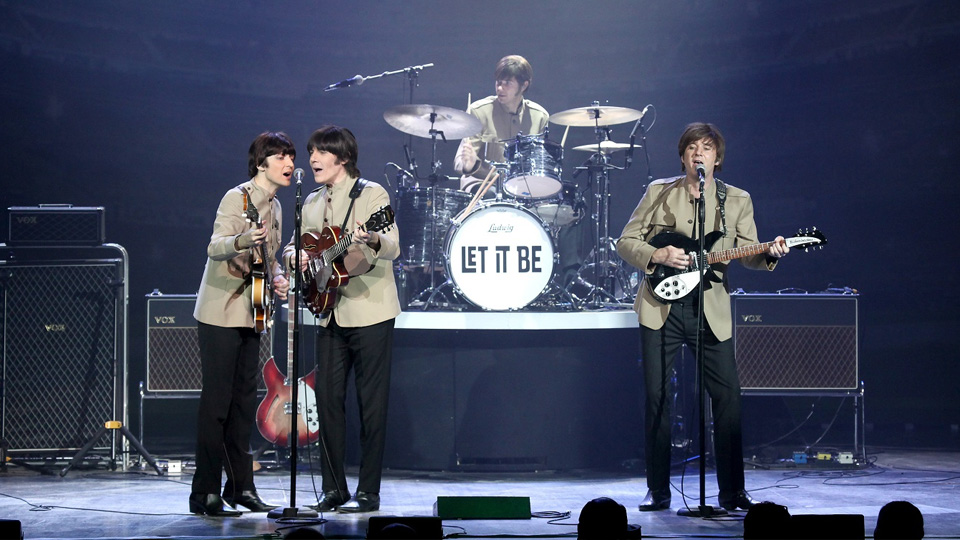 Leeds Grand Theatre has confirmed that the biggest ever tour of The Beatles’ celebration musical Let It Be is taking to its stage this Summer.

Let It Be celebrates the music of the world’s most successful rock ‘n’ roll band in a spectacular concert charting the band’s meteoric rise from their humble beginnings in Liverpool’s Cavern Club, through the height of Beatlemania, to their later studio masterpieces. Bursting with timeless hits, show-stopping sets, dazzling costumes – and a brilliant portrayal of the Fab Four from a talented cast of musicians – promises to continue to entertain audiences all over the country.

Derek Nicol, joint Managing Director of Flying Entertainment, said: “We have an extremely talented cast who have performed the show to audiences on New York’s Broadway, in London’s West End, and toured across Europe and Japan. The show’s most recent run was in Liverpool, where they certainly know their stuff when it comes to The Beatles. They truly welcomed Let It Be into their hearts, the response was fantastic and we knew it was time to share the show with the rest of the country through a 26-venue tour spanning seven months.”

The show celebrates music history’s greatest ever worldwide phenomenon and is packed with over 40 of The Beatles’ greatest hits, including Twist and Shout, She Loves You and Drive My Car, as well as global mega hits Yesterday, Hey Jude, Come Together and, of course, Let It Be.

Let It Be is at Leeds Grand Theatre from 11th to 16th July. Tickets go on pre-sale for priority members on Wednesday 20th January and on general sale on Wednesday 27th. Book online at leedsgrandtheatre.com or call Box Office on 0844 848 27 00