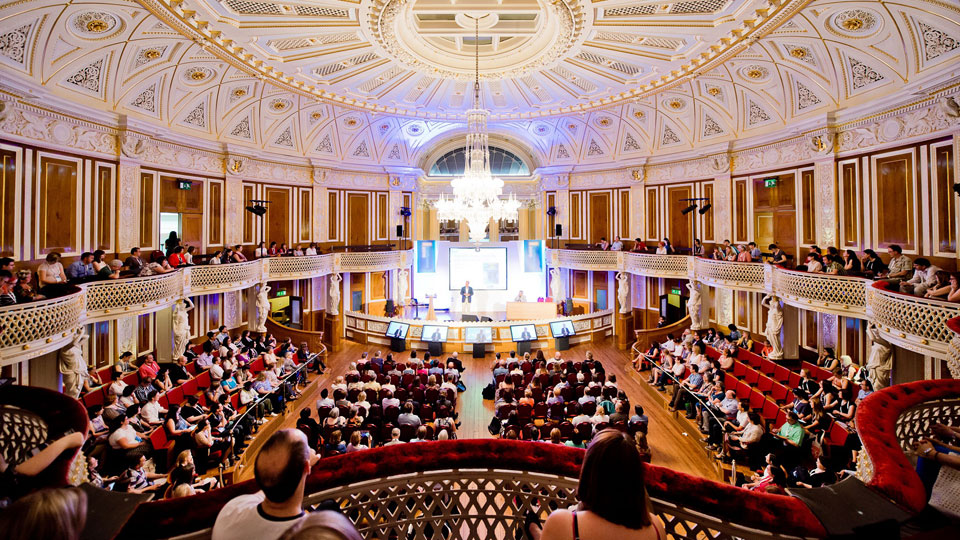 Liverpool’s St George’s Hall has announced its most dynamic Concert Room programme in recent years. Top artists on the UK and international touring circuit are booked in to the magnificent venue, and the eclectic programme covers a wide variety of music genres, comedy, cabaret and the spoken word.

The Concert Room is the jewel in the crown of the iconic St George’s Hall on Lime Street. Charles Dickens gave many readings on the stage and considered it a perfect venue.

The biggest names in Comedy are on their way with a sell-out date for Romesh Ranganathan, also in the season are Star of BBC1’s Live at the Apollo, BBC2’s Mock the Week and Channel 4’s 8 out of 10 Cats Bob Beckett, Winner of The Edinburgh Comedy Award (known as The Perrier), and Australia’s prestigious Barry Award Russell Kane, with regular appearances on Stand Up For The Week (Channel 4), QI (BBC1/2), Live At The Apollo (BBC1) is Rich Hall and finally Mark Steele who has appeared on Have I Got News For You on Room 101, and on Question Time.

Cabaret and stage shows include Fascinating Aida’s Dillie Keane taking a short break from her Fascinating Aïda gal pals to present her first solo show in 557 years. Sing-A-Long-A-Rocky Horror Picture Show based on the Campest Cult Classic of all time (fancy dress highly recommended) and Lovehistory Loves Crime returns for the second date in the series following the successful show about Liverpool’s Victorian murders.

Finally we have some Spoken Word events with award winning journalist, writer, broadcaster and food critic Jay Rayner in My Dining Hell and An Evening with Katy Manning talking of her innumerable stage and screen roles spanning over 40 years, including Doctor Who alongside Jon Pertwee.

St George’s Hall Manager, Alan Smith said: “St George’s hall is delighted to have developed a dynamic, original and on-going programme of events for the magnificent Concert room within the Hall. The stunning venue takes its rightful place amongst the top performance spaces within Liverpool. The versatile Concert Room allows for a vast range of programmes to be performed from Comedy and Opera, to High Tea with Dickens. The Concert Room’s rich 160 year history make it a unique venue and provides an intimacy with the audience only the very best performance arenas can provide. It’s a delight to see the Concert Room now listed as a venue on the touring lists of the country’s major performers.”

Further concerts are to be announced in the near future, visit www.stgeorgesliverpool.co.uk to book and stay up to date.

In this article:Doctor Who, Katy Manning, Liverpool, St. George's Hall