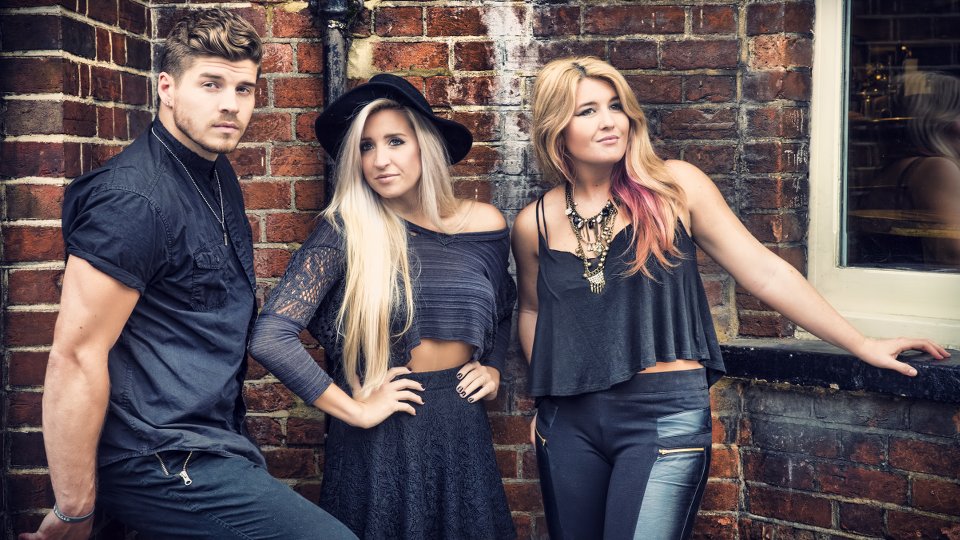 Written by Jaida Dreyer, Stephony Smith and Dave Thompson, Knock Knock sees the band give their sound a country-rock twist while keeping their trademark harmonies at the heart of the track. Knock Knock is the second single to be lifted from the band’s self-titled EP, which was released in July 2015.

Talking about the single Madison Cain said, ‘Knock Knock is the only song on the EP that we didn’t write, but as soon as we heard it, we knew we needed to record it. We heard it once and couldn’t stop singing it. We hope the song will have the same effect on our listeners.’

The new single comes hot-on-the-heels of The Cains’ building international success. In 2015 the band opened for Sasha McVeigh on her UK tour and impressed audiences with their live performances.

The Cains are two sisters Taylor and Madison, and their brother Logan. The trio are not only singers and songwriters, they also play guitar, piano, bass, harmonica, mandolin, drums and more.

Listen to Knock Knock using the SoundCloud player below:

Advertisement. Scroll to continue reading.
In this article:The Cains