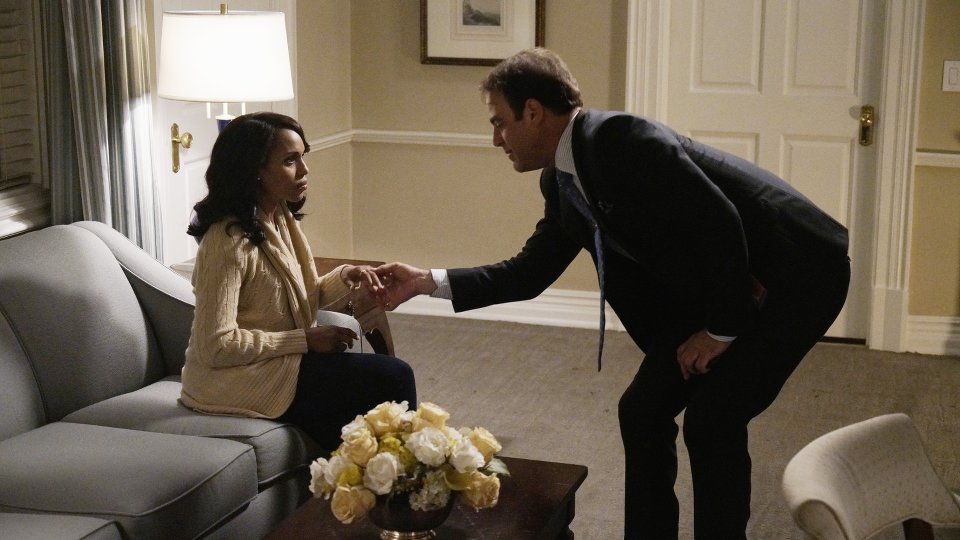 Huck (Guillermo Diaz) and Quinn (Katie Lowes) reached out to Marcus Walker (Cornelius Smith Jr.) to help Olivia (Kerry Washington) with her media storm on the latest episode of Scandal.

With their new Gladiator in tow, the OPA team tried their best to smooth things over for Olivia after news of her affair and attacks on her person continued in the media. Meanwhile Fitz (Tony Goldwyn) realised that not everyone supported his actions and had to deal with the consequences.

The next episode of the season is You’ve Been Served. Unable to deal with the media storm alone, Olivia reaches out to an unexpected ally.