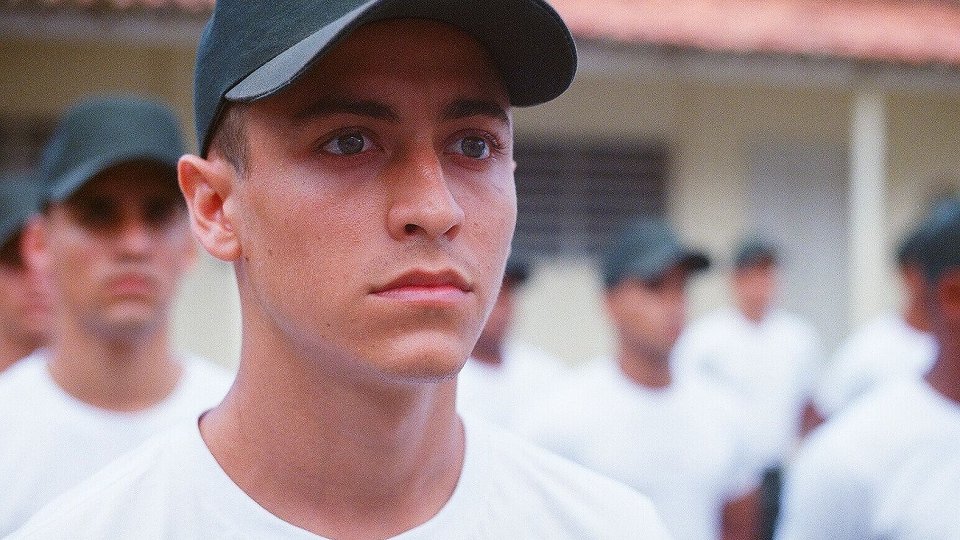 Cabaret leader Clecio (Irandir Santos) runs a club that allows people to live their lives freely and embrace their sexuality in the late 1970s. Bringing up a teenage son he had with his friend Deusa (Sylvia Prado), Clecio juggles his hectic lifestyle with an on/off relationship with one of his performers Paulete (Rodrigo Garcia). Clecio has his head turned when 18-year-old soldier Fininho (Jesuita Barbosa) arrives at the club looking for Paulete, who is the sibling of his girlfriend. The two men become taken with each other but the club’s performers worry that Fininho may not be who he says he is.

Tattoo is the feature film directorial debut of director/writer Hilton Lacerda and it picked up several awards on the festival circuit prior to its DVD and digital release. The film is set against the backdrop of Brazil’s military dictatorship in 1978 but it doesn’t really spend too much time dwelling on that. Tattoo opens with a lot of promise and it’s a shame that there is very little in the way of surprises as the film progresses. Clecio and Fininho’s relationship progresses much the way you would expect it to causing jealousy and issues throughout the movie.

A sub-plot of the movie sees Fininho being targeted by a sergeant that appears to have issues with his own sexuality that he can’t deal with. Again this doesn’t really develop into too much of anything, with the film choosing to spend more time capturing the hedonistic pleasures going down at Clecio’s club than exploring the meatier storylines it hints at but never seems to deliver on.

The performances across the board are fairly solid with leads Santos and Barbosa standing out from the rest of the cast. They build a believable chemistry that works in the film’s favour and to be honest they are the only two characters that hold your interest. Outside of that Garcia is perfect as the flighty Paulete but doesn’t get as much to do as the character should.

Tattoo isn’t the movie that I hoped it would be when it started. There are strong performances and some great camerawork to admire but the film feels a lot shallower than it should do. The script isn’t developed enough and the plot is barely existent once you step outside the bare bones of the main story. Lacerda shows a lot of promise but Tattoo doesn’t deliver what it needed to.

Watch the trailer for Tattoo below: