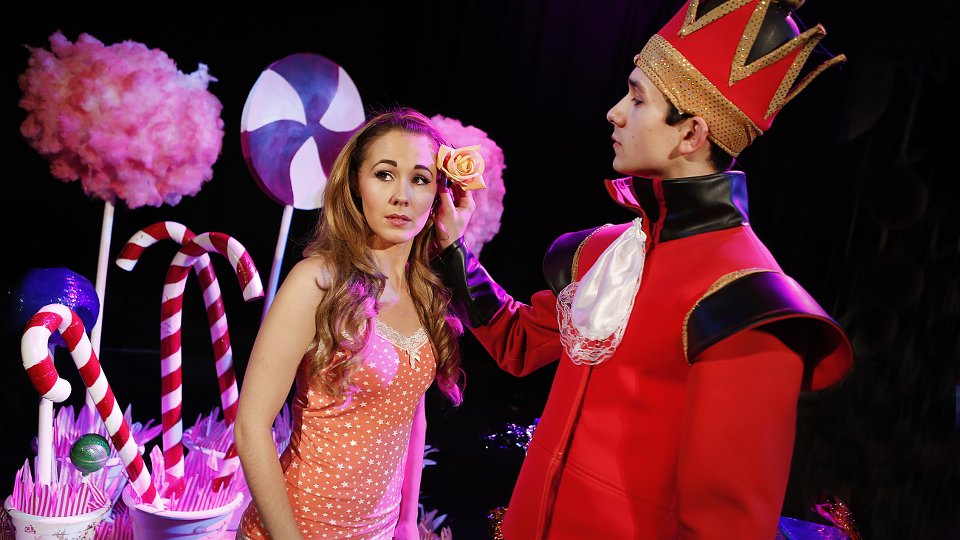 The Nutcracker was first performed in Russia in 1892. According to German folklore, nutcrackers were given to families to bring them good luck and other protection to their home. The nutcrackers symbolically large teeth are said to be present – to ward off evil, danger and all things bad. The nutcracker is meant to represent power and strength. Who knew the famous little looking ‘toy’ was so robust!

When we think of the Nutcracker, we think of everything magical associated with the famous ballet that features heavily across the West End – and throughout the world, every Christmas period. Beauty, world-class orchestration and beautiful ballet movement is what we associate with the Nutcracker. The Nutcracker however, has now been taken the stage in another format – in the form of a musical.

Our first impression of Nutcracker the Musical was that it resembled a pantomime. It was not what we expected and we initially found it hard to follow. The diction and sound is not great and we felt slightly confused at times, with the new and varied plot. We were almost expecting the Nutcracker ballet – with a twist, however this was not the case. There is absolutely no high-class ballet movement in the show (only a few pirouettes!), which left us very surprised. We know that it’s a musical, but we were expecting some strong dance movement at least. The giant cheese scene with the mice was quite amusing, but the laughter in the show is few and far between.

If you are going along for a fun and festive feel, then by all means make the trip. The children in the audience seemed to love it. The characters are larger than life and there is a lot of silliness in the show. However, if you are expecting something of a more serious nature (in terms of high quality), then we don’t think that this show if for you. There are some fun elements in the show and there are some talented members in the cast, but overall it is lacking any gloss and polish. We feel that the show needs a lot of work.

Nutcracker The Musical did however get us in to the festive mood, but we did leave feeling a bit underwhelmed. Given the blurb of the show, perhaps our expectations for the show were a bit too high and as they say – ’tis the season to be jolly. The show has highs and lows and a mishmash of random moments. If you love pantomimes, then this show is right up your street.

In this article:Nutcracker The Musical, Pleasance Theatre