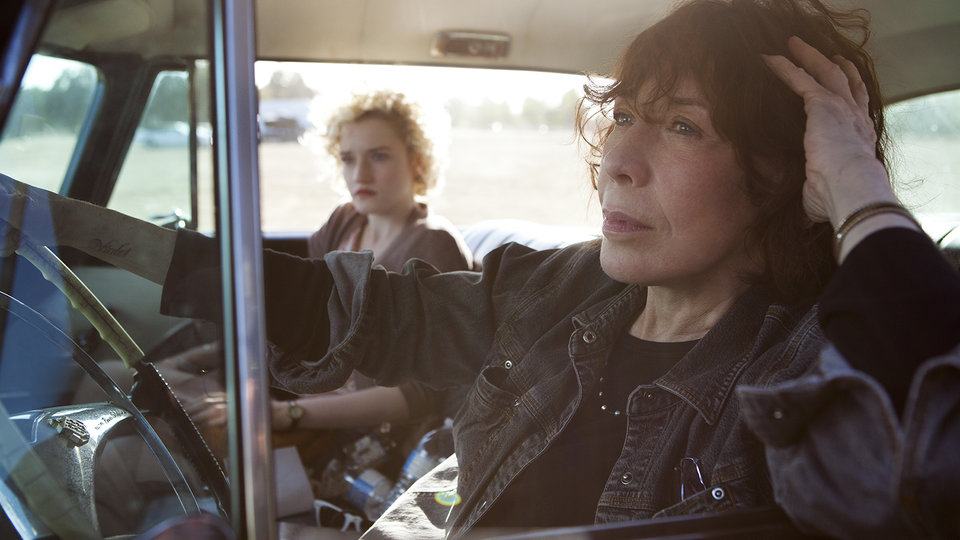 Having just released a brand new trailer and poster, the film has critics raving so don’t rule out a late awards season push for Tomlin either.

Elle Reid (Tomlin) has just gotten through breaking up with her girlfriend when her granddaughter Sage (Garner) unexpectedly shows up needing 600 dollars before sundown. Temporarily broke, Grandma Elle and Sage spend the day trying to get their hands on the cash as their unannounced visits to old friends and flames end up rattling skeletons and digging up secrets.

Check out the poster artwork and trailer below!

Grandma screened at the BFI London Film Festival, and opens throughout the UK on December 11 through Sony Pictures Releasing (UK).