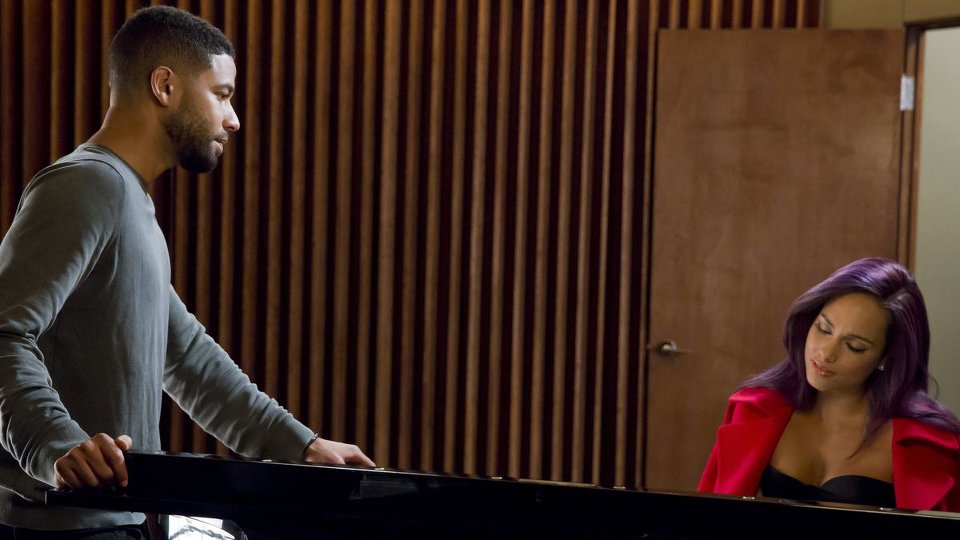 Hakeem (Bryshere Y. Gray) was furious when Lucious (Terrence Howard) used Freda (Bre-Z) to taunt him on the latest episode of Empire.

Freda released a new song that directly insulted Hakeem, leading the headstrong young rapper to issue a rap battle to his rival. Cookie (Taraji P. Henson) was worried about the impact of the rap battle on Lyon Dynasty and tried to talk Hakeem out of it.

Elsewhere in the episode Anika (Grace Gealey) found out she was pregnant but chose not tell Hakeem after discovering he was in love with someone else, Jamal (Jussie Smollett) tried to clinch a sponsorship deal with Pepsi, and Cookie’s posh sister Candace (Vivica A Fox) arrived to ask her sister for help.

The next episode of the season is Sinned Against. Cookie and Candace team up with a former cellmate to rescue their sister Carol, while Jamal collaborates with a critically acclaimed pop star.

Tune in to E4 on Tuesday at 9pm to see the episode. Preview it with our gallery below: