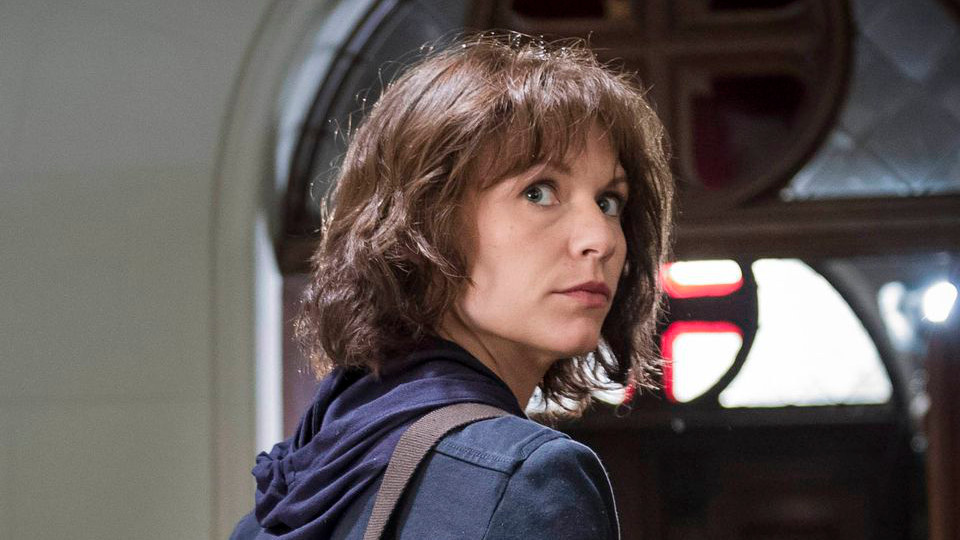 In Episode 6 Carrie (Claire Danes) finally reconnected with Saul (Mandy Patinkin) who eventually gave her the leaked CIA documents after an initial refusal. Quinn (Rupert Friend) discovered the man who helped him was part of a group of Jihadi’s who were planning an attack in Germany.

In Episode 7 Carrie got to work on trawling through the leaked documents. She was trying work out what document the Russians were trying to prevent her from seeing.

Her search uncovered documents relating to an old mission in Iraq. An old contact, codename Touchstone, had been trying to get in touch with Oriole (Carrie). She made contact and discovered that an Iraqi lawyer who everyone thought had died in a bombing was actually alive and well.

Low on friends, Carrie turned to journalist Laura (Sarah Sokolovic) and hacker Gabehcuod. They popped round to help Carrie track down the lawyer and Laura gave her a hard time wanting to see the rest of the leaked documents.

Elite hacker Gabehcuod almost fell at the first hurdle and embarrassingly had to ask for the Wi-Fi password. Once online though he tracked the lawyer down in mere seconds to Amsterdam.

Carrie borrowed a car from her ever helpful billionaire boss Düring (Sebastian Koch) and headed for Amsterdam. Once there she hooked up with an old mate who is now a taxi driver and also knew where to find the person she was looking for.

Meanwhile the scheming Allison (Miranda Otto) paid a visit to her creepy Russian boyfriend Ivan. Allison was freaking out that Carrie might still be alive and in possession of the leaked docs. Ivan was less pessimistic but tasked her with finding a way to talk with Saul to confirm.

Allison created a replica USB drive to try and trick Dar (F Murray Abraham) into thinking Saul might not have leaked the docs. She was then able to get Dar to let her take Saul back to his hotel so she could question him.

Once there the now ever paranoid Saul put some music on and ran the bathroom taps to prevent anyone listening in on their conversation. He still has no clue that Allison is the enemy and confessed to her that Carrie is alive and has the docs.

This news gave Allison a weird panic attack. She then passed the info from Saul on to the Russians who raced to try and intercept Carrie.

After finding the lawyer Carrie broke into the house he was staying at to look for clues. She had her taxi driver mate follow the lawyer who was walking his dog. During the walk he was stopped by some Russians who escorted him away.

As Carrie was leaving the Russians arrived and took some documents from a safe. Before they left they realised someone had broken in and searched the house. Carrie was able to escape via a window just in time. The Russians sent a couple of bullets after her. She returned to the taxi to find the Russians had cut the throat of the driver.

Elsewhere Quinn was made an offer of large sums of cash to help the Jihadi group return to Syria. Upon hearing their plans and that one of them had an important uncle he made contact with Dar. It looks like Quinn will be going with them.

Things looked bad for Saul who was scheduled to be returned to the US. However he has other plans and arranged to be kidnapped by his Israeli friend Etai. As he was escorted from the building he was abducted at gunpoint. Will Saul really defect to the Israeli’s?

Finally as Carrie headed back from Amsterdam she decided to call on Allison for help. Carrie also doesn’t know that Allison is corrupt and it seemed Allison can’t believe her luck. They agreed to meet.

The next episode of the season is All About Allison. Carrie needs Allison’s help. Quinn’s plans change.

Tune in to Channel 4 at 9pm on Sundays to watch Homeland Season 5. Preview episode 8 with our gallery below: