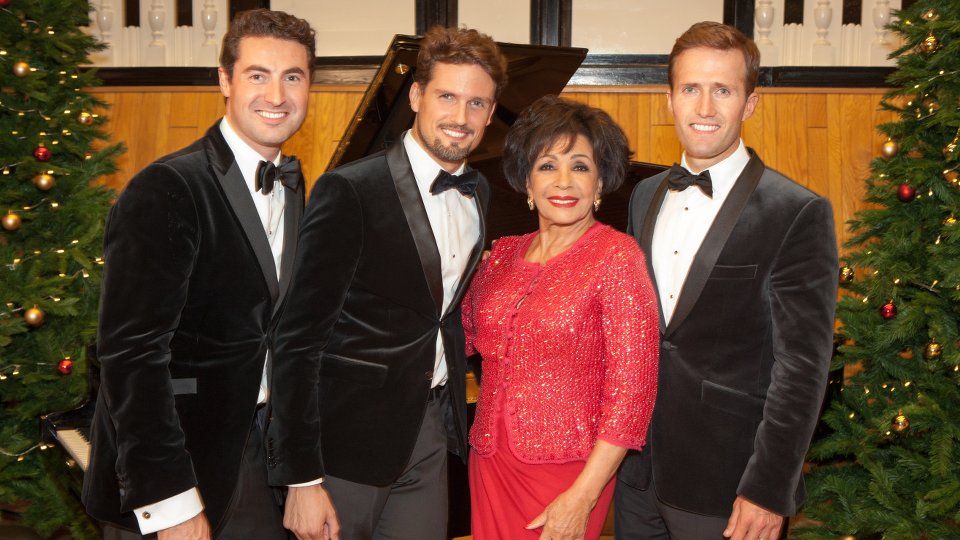 Classical trio Blake has been in the music industry now for 8 years. Starting off like as a quartet, the band said goodbye to member Dominic Tighe in 2009 and they welcomed his replacement Humphrey Berney. In 2013 founding member Jules Knight decided to leave the band so he could concentrate on his acting career and Blake has continued as a trio. Blake released their last studio album, In Harmony, in 2014 and in time for the festive season they’re back with new album A Classic Christmas.

To fund A Classic Christmas, Blake appealed to fans through PledgeMusic. They are donating a percentage of the money raised and the profits from the record to Variety, a charity they are ambassadors for. The lead single from the album is The Christmas Song (Chestnuts Roasting on an Open Fire) with Dame Shirley Bassey. It’s a clever move by the guys as the release will undoubtedly grab the attention of Bassey’s large fanbase. The track opens the album and it’s a suitably classy affair with Blake’s harmonies working well with Bassey husky and distinctive tone. It’s also one of the best moments on the album and the band struggle to match it throughout the rest of the record.

The song selection on the album is a mixture of Christmas classics showcasing the trio’s individual voices and their harmonies. A perky rendition of Let It Snow! Let It Snow! Let It Snow! Is an early highlight as is Blake’s classy rendition of It’s Beginning to Look a Lot Like Christmas. Much of the tracklist is as you’d expect from a modern Christmas record but the band do serve up a couple of surprises with a cover of Aled Jones’ Walking in the Air and a lovely version of the Charlie Brown & Snoopy song Christmas Time Is Here.

There’s one original song on the album, Back In Your Arms (For Christmas), which is another highlight. It fits seamlessly on the record and it sounds like a classic from yesteryear. That’s no easy feat to achieve with so many Christmas songs released on a yearly basis. The album comes to a close with an a cappella rendition of festive favourite Silent Night. It’s a real showcase of the trio’s vocal prowess and it ends things on a beautiful note.

A Classic Christmas is a solid effort from Blake. It’s one of many Christmas records that’s been released this year but it’s one that is sure to be picked up by mums and grans in the run-up to Christmas. Blake have plenty of charisma and their vocals on this record are really wonderful. It’s worth purchasing for the Dame Shirley Bassey collaboration alone!

Advertisement. Scroll to continue reading.
In this article:Blake