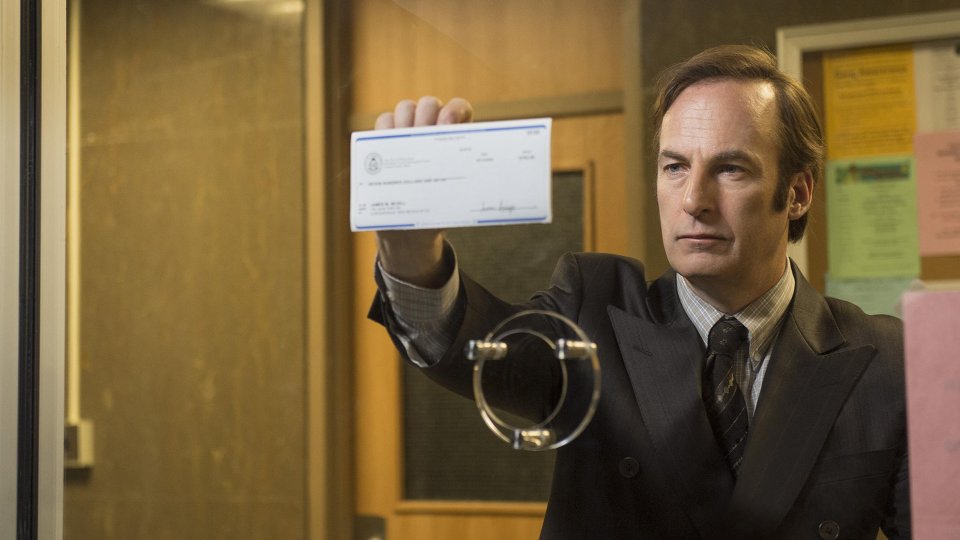 When Breaking Bad came to an end in 2013, fans of the show were left bereft at having to say goodbye to Walter White (Bryan Cranston) and Jesse Pinkman (Aaron Paul). The show has gone down as one of the greatest TV series of all-time and rightly so as it was a magnificent blend of drama, crime, humour and action. Creator Vince Gilligan announced that fan favourite character Saul Goodman (Bob Odenkirk) would be getting his own series and fans were a little bit apprehensive about whether lightning could strike twice. Co-created with Peter Gould, Better Call Saul arrived earlier this year.

Better Call Saul is a prequel that takes place in 2002, six years before Saul appeared on Breaking Bad for the first time. That timeline means that Saul would never come into contact with Walt on the series but there is scope in the future for Jesse to make an appearance as Jesse was the one who introduced Saul to Walt in the first place. The first season’s 10 episodes tell the story of James Morgan McGill aka Jimmy (Odenkirk) before he became known as Saul to millions of people across the globe.

The series opens with Saul hiding out in Nebraska following the events of the Breaking Bad series finale. After watching a tape of television ads made when was working as an attorney, the story jumps back to 2002 when Saul was known by his birth name of Jimmy and he was a struggling public defender in New Mexico. He is the carer for his brother Chuck (Michael McKean), who is a recluse and believes he has a disorder. Over the course of the season Jimmy gets caught up with drug distributor Tuco Salamanca (Raymond Cruz), who fans will remember from Breaking Bad.

Another nice tie to Breaking Bad is the addition of Mike Ehrmantraut (Jonathan Banks), who was killed by Walter. We get to finally understand the relationship between Saul and Mike, and see its origins. Mike is a former policeman who is working as a parking lot attendant before he becomes the fixer we all know and love. His inclusion in the series is one I heartily approve of and the chemistry between Odenkirk and Banks is one of the best parts of the show.

The Blu-ray release of the show is packed with special features including audio commentaries on every episode, behind-the-scenes featurettes, a gag reel and a music video. There are tons of exclusives on the Blu-ray release too include a table read, additional commentaries and a conversation with Bob Odenkirk and Michael McKean.

Better Call Saul hits the mark and it’s a worthy successor to Breaking Bad. Any fears that this may be a cash-in show are soon laid to rest as Better Call Saul easily stands on its own two feet. That is in large part to the wonderful leading performance from Odenkirk who has made Saul one of our favourite TV characters of all time. His performance really makes the show and the writing is every bit as strong as Breaking Bad was. Roll on season 2 in 2016!