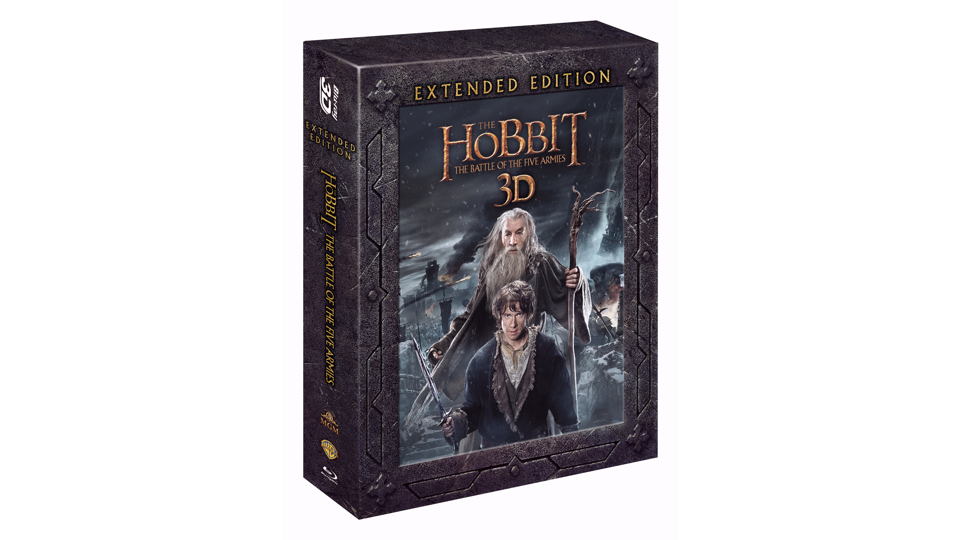 To celebrate the release of ‘The Hobbit: The Battle of the Five Armies Extended Edition‘ and the epic ‘The Hobbit Trilogy Extended Edition’ on Blu-ray 3DTM, DVD and Digital Download from 23rd November, we have prizes in store for four lucky winners!

“The Hobbit: The Battle of the Five Armies” brings to an epic conclusion the adventure of Bilbo Baggins (Martin Freeman), Thorin Oakenshield (Richard Armitage) and the Company of Dwarves. The Dwarves of Erebor have reclaimed the vast wealth of their homeland, but now must face the consequences of having unleashed the terrifying Dragon, Smaug, upon the defenseless men, women and children of Lake-town.

As he succumbs to dragon-sickness, the King Under the Mountain, Thorin Oakenshield, sacrifices friendship and honor in search for the legendary Arkenstone. Unable to help Thorin see reason, Bilbo is driven to make a desperate and dangerous choice, not knowing that even greater perils lie ahead. An ancient enemy has returned to Middle-earth. Sauron, the Dark Lord, has sent forth legions of Orcs in a stealth attack upon the Lonely Mountain.

As darkness converges on their escalating conflict, the races of Dwarves, Elves and Men must decide – unite or be destroyed. Bilbo finds himself fighting for his life and the lives of his friends as five great armies go to war.

We’ve got four copies of ‘The Hobbit: The Battle of the Five Armies Extended Edition‘ to giveaway on Blu-ray 3DTM (which also includes a 2D Blu-ray and Digital Download).