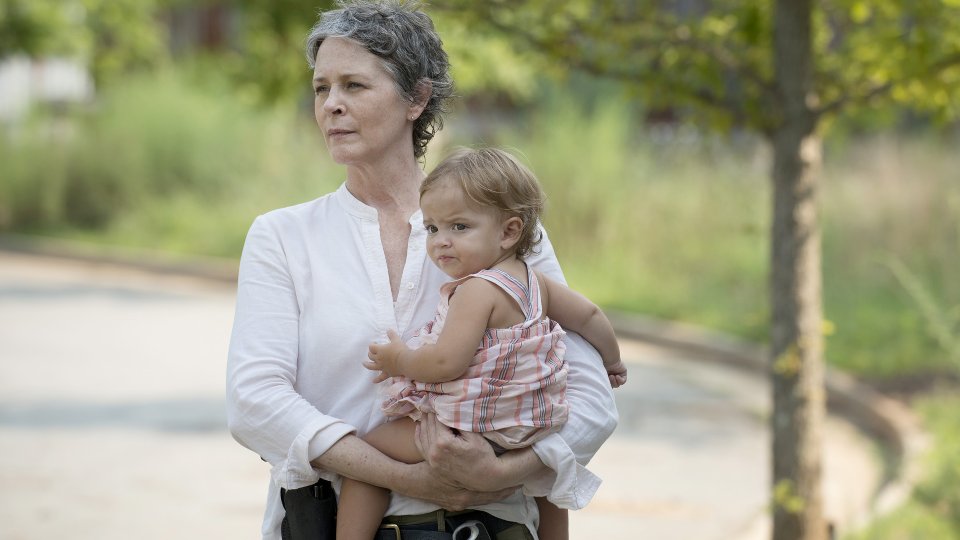 There are only two episodes left until The Walking Dead goes on winter hiatus!

The latest episode caught up with Daryl (Norman Reedus) as he became separated from Sasha (Sonequa Martin-Green) and Abraham (Michael Cudlitz). The biker was captured by a trio of survivors that believed him to the be the enemy.

As Daryl was trying to break out of captivity, Abraham and Sasha searched for him in a nearby town. After setting up camp in an office building, the two discussed their pasts and Abraham admitted he had a new purpose for living. By the episode’s end Daryl was free and reunited with Abraham and Sasha with the trio on their way back to Alexandria when they got a call for help on the radio.

The next episode of the season is Heads Up. Alexandria is finally able to begin pulling itself back together; peace is embraced between the two groups.