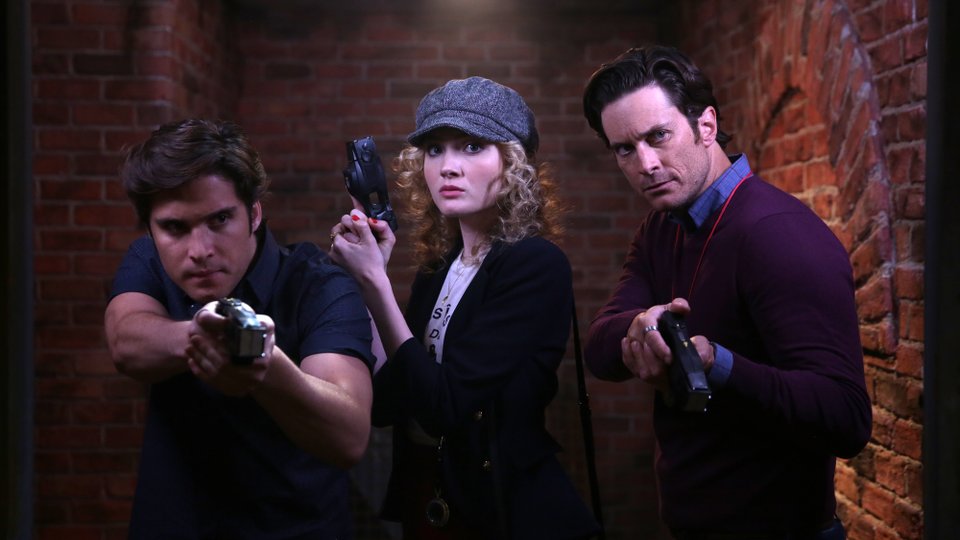 Hester (Lea Michele) got more than she bargained for when she tried to seduce Chad (Glen Powell) on the latest episode of Scream Queens.

The twisted new addition to Kappa Kappa Tau took Chad to the Shady Lane shack ahead of the Halloween party to have sex. As they were about to get into the swing of things they discovered the bodues of Ms. Bean (Jan Hoag), Chanel #2 (Ariana Grande), Shondell (Deneen Tyler), Coney and Mandy Greenwell (Jennifer Aspen).

Elsewhere in the episode Zayday (Keke Palmer) announced her candidacy for Kappa president much to Chanel’s (Emma Roberts) dismay, Grace (Skyler Samuels) and Pete (Diego Boneta) spoke to the sole survivor of the 1995 Kappa house death scandal and Gigi (Nasim Pedrad) was revealed to be The Hag of Shady Lane.

The next episode of the season is Pumpkin Patch. Dean Munsch (Jamie Lee Curtis) makes an announcement affecting Chanel’s plan to throw a pumpkin patch party in support of her Kappa Kappa Tau presidential campaign.