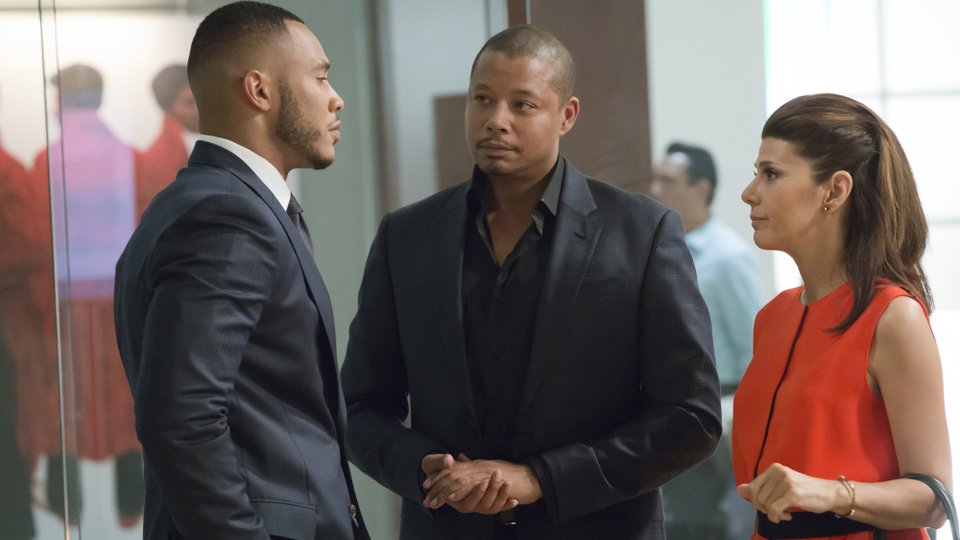 Hakeem (Bryshere Y. Gray) was released following his kidnapping on the latest episode of Empire.

The young rapper was more affected by his ordeal than he would let on and he took his aggression out on his new girl group. In a bid to protect her son Cookie (Taraji P. Henson) attempted to hire his kidnappers as his new bodyguards but things soon took a turn for the worse when Hakeem produced a gun during the meeting.

Elsewhere in the episode we discovered that Cookie’s new lover Laz (Adam Rodriguez) is part of the gang that kidnapped Hakeem, Jamal (Jussie Smollett) was furious when he realised his was being promoted solely as a gay artist, and Andre (Trai Byers) pushed his religion on the artists at Gutter Life Records as he aimed to create Christian rap music.

The next episode of the season is True Love Never. Lucious ponders a partnership with the founder of a music streaming company. Andre twists his newfound values to balance faith and career.

Tune in to EF at 9pm on Tuesday to see the episode. Preview it with our gallery below: