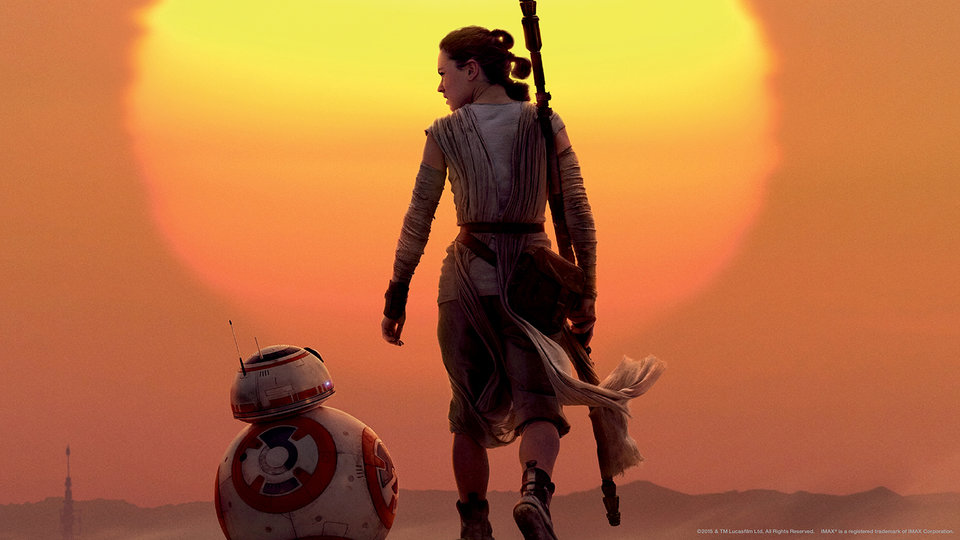 A brand new Star Wars: The Force Awakens IMAX poster has been revealed, featuring Daisy Ridley as Rey! The film is released across the UK on December 17th.

The IMAX release of Star Wars: The Force Awakens will be digitally re-mastered into the image and sound quality of An IMAX 3D Experience® with proprietary IMAX DMR® (Digital Re-mastering) technology. The crystal-clear images coupled with IMAX’s customised theatre geometry and powerful digital audio create a unique environment that will make audiences feel as if they are in the movie.

Kathleen Kennedy, J.J. Abrams and Bryan Burk are producing with Tommy Harper and Jason McGatlin serving as executive producers. The screenplay is by J.J. Abrams & Lawrence Kasdan and Michael Arndt.

Check out the new poster below!