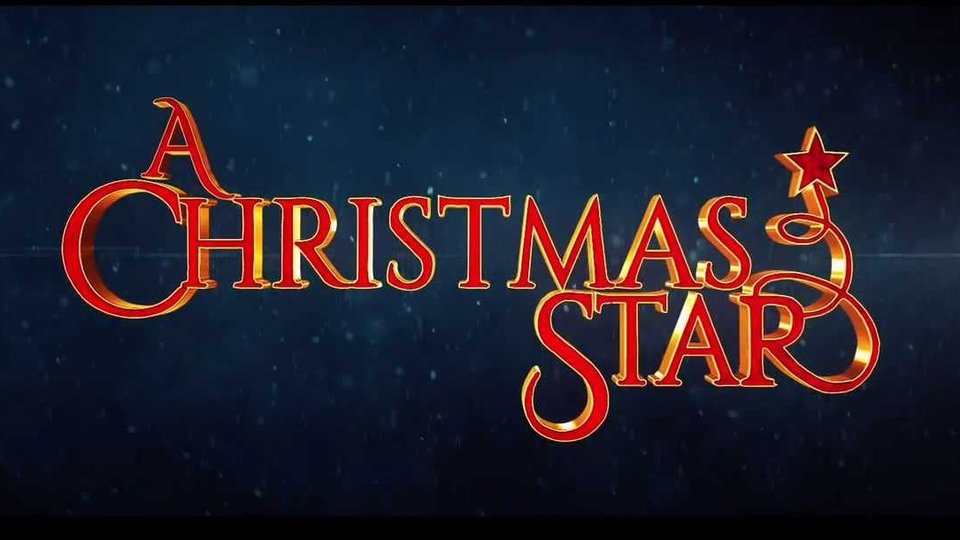 Belfast-based youth film festival charity Cinemagic presented the World Premiere of A Christmas Star last week at the Odyssey Cinemas, Titanic Quarter, Belfast. The film is out now in cinemas and will be available to buy on DVD and Blu-ray on November 23rd.

Welcoming an audience of 2400 film fans, press, film industry supporters and the cast & crew behind the youth-made feature film production, it was a spectacular night, bringing the magic of Christmas to the city.

Cinemagic patron and Oscar winning writer, Julian Fellowes, (Downtown Abbey, Gosford Park) who launched the project a year and a half ago attended the event, along with the film’s young lead actress, newcomer Erin Galway-Kendrick, young actor James Stockdale, Bronagh Waugh (Hollyoaks, The Fall) and Richard Clements (Good Vibrations, The Fall). They took part in a press and local schools Q&A on the eve of the premiere where they discussed the making of the film alongside the director Richard Elson and writer Maire Campbell.

What was immediately apparent was just how much the film struck a chord with its audience – but this transcended just the novelty factor of having the film set in familar locations. The story, a heart-warming festive tale, really is perfect for the Christmas season and the cast and filmmakers clearly enjoyed making it. After fielding questions from the school-children about breaking into the industry, the panel shared stories about filming and told tales about their own paths into acting, writing and directing.

11 young new actors from Northern Ireland and Ireland feature in the lead cast – Zena Donnelly from Dublin (who not only stars in A Christmas Star but also sings the film’s amazing theme song We Can Shine), Aoife Hughes from Newry, John Moan from Warrenpoint, Alecoe Haughey from Killybegs, James Stockdale from Dungannon, Amy Dunne from Dublin, Mainie Mullholland from Lurgan, Patrick Roe from Newry, Sean Ronan from Dublin and Joshua Smyth from Crossgar.

The festive story, set in Northern Ireland, is narrated by Liam Neeson (Taken, Schindler’s List ) and features a cameo from Kylie Minogue and guest appearance from Dermot O’Leary, Ross King and Julian Fellowes. The film soundtrack is an original song We Can Shine, written by Ryan McGroarty and a team of young people and it is performed by Zena Donnelly.

A Christmas Star tells the heartwarming story of Noelle, a spirited young who embarks on a magical journey to save her village pottery factory. The innovative film production gave budding young actors the chance to work on a feature production and gave young filmmakers the chance to work in every department of the film including cinematography, editing, costume, production, locations, continuity and more.

Over 40 trainee crew aged 18 – 25 were mentored by industry professionals as they worked side by side on this film gaining invaluable experience in all aspects of filmmaking. These included director Richard Elson (M.I. High, Steffi), award-winning film composer Patrick Doyle (Brave, Rise of the Planet of the Apes), music supervisor Maggie Rodford, (The King’s Speech, Anna Karenina), casting directors Hubbard Casting, (The Commitments, Dracula Untold), camera operator, Ian Fox, (Captain America: The Winter Soldier, The Amazing Spider-Man), producer Iain Smith, (Children of Men, Mad Max: Fury Road) and production manager, Terry Bamber (The Man from U.N.C.L.E, Skyfall), who all took a break from their own shooting schedules to mentor the trainees.

Cinemagic patron and Oscar-winning writer, Julian Fellowes said: “I am proud to be associated with the fantastic work that Cinemagic does. We are told on every side that it’s time to lower barriers and cross frontiers and this is exactly what Cinemagic is doing. Young people, from every type of background and culture, are being encouraged to explore the world of film for themselves, first hand. We want them to break through the glass ceilings and walls that surround them, and see for themselves what it’s really like. Whether or not they continue to live or work in the Arts, there can surely be no better preparation for seeking and finding the right life.”

Cinemagic Chief Executive, Joan Burney Keatings, MBE said “We are so proud of every single person involved in bringing A Christmas Star to life. Having the world premiere in Odyssey Cinemas Belfast gives Cinemagic the chance showcase the creativity and talent that exists among our young people here. Thank you to everyone who supported the project and enabled us to give such a wonderful opportunity to our young people. We are so excited to bring the film to cinemas for all the family to enjoy from 13th November.”

The Rt. Hon. Peter D. Robinson MLA, First Minister said “I congratulate all those involved in the production of Cinemagic’s home grown feature film production ‘A Christmas Star’ and applaud the young filmmakers on this magnificent achievement.

“The energy and vitality of this organisation, coupled with the enthusiasm with which the young people participate, is an inspiration to us all. For over 25 years Cinemagic has served as a creative inspiration for young people here in Northern Ireland and beyond. I thank Cinemagic for the important role it has played in helping transform Northern Ireland’s creative industries sector beyond all recognition.”

Martin McGuinness MLA, deputy First Minister said “Christmas is a time of hope and the young people involved in this production provide huge hope and confidence for our shared future. The Premiere of ‘A Christmas Star’ is the culmination of weeks and months of hard work both in front of and behind the camera. This incredible experience offered all the young people involved considerable personal and professional development opportunities.

“Cinemagic has a track record of successfully bringing young people together in a positive way in pursuit of a common vision. I commend Joan Burney Keatings and thank everyone at Cinemagic for this superb production which will inspire all the young people involved to work hard, be ambitious and take a positive approach to all areas of their life.”

Lee Mallon, Regional Manager for Santander in Northern Ireland said “We’re delighted to be involved in this fantastic project which supports young people, helping them to fulfil their dreams and aspirations whilst they develop new skills and experience. Education and career opportunities are so important and should be accessible to young people of all backgrounds. Christmas is a magical time and with this film, Cinemagic has touched the lives of many young people and their families.”

Andrea Hunter, Business Development Manager of Aer Lingus N.I said “We are absolutely delighted to collaborate with Cinemagic on this truly unique project, which is providing young people with the chance to develop new skills and unlock their creativity. Being an associated sponsor of A Christmas Star and supporting the premieres at home, in New York and in LA represents a perfect partnership for Aer Lingus and we are delighted to provide the cast and crew with flights support.”

Vanessa Markey, Tourism Ireland’s head of Great Britain, said “Cinemagic’s inspirational work over the past 25 years is to be commended and the making of ‘A Christmas Star’ has given even more talented young people across the island of Ireland a chance to experience the thrill of working on a full feature film. Tourism Ireland has been delighted to support Cinemagic make this fantastic film as we know that films and TV are key drivers of tourists and the film showcases some of Northern Ireland’s iconic landscapes.”

Check out the pictures from the premiere below along with the amazing star-studded music video for We Can Shine performed by Zena Donnelly!

Cinemagic and Signature Entertainment bring A Christmas Star to cinemas in UK and Ireland from 13th November and to DVD/Blu ray from 23 November.