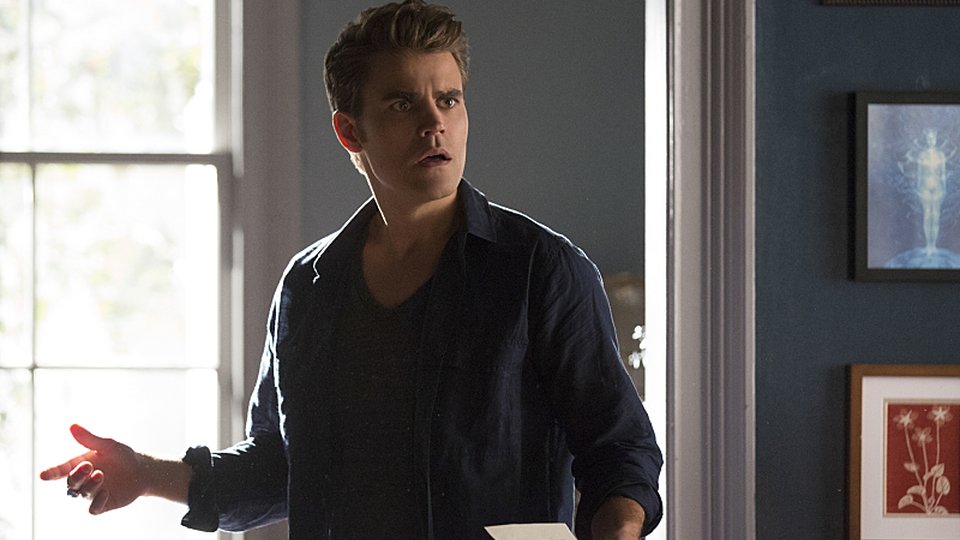 Damon (Ian Somerhalder) set off on a road trip with Bonnie (Kat Graham) and Alaric (Matt Davis) in search of leverage to use against Lily (Annie Wersching) on the latest episode of The Vampire Diaries.

On their trip they found Oscar (Tim Kang), the last of Lily’s heretic, who they tried to convince to help them. When he refused Damon kidnapped him and arranged to trade him for Elena (Nina Dobrev) with Lily. Meanwhile Caroline (Candice King) found out about Valerie’s (Elizabeth Blackmore) history with Stefan (Paul Wesley) and discovered they were former lovers.

Elsewhere in the episode Alaric came clean to Bonnie about the Phoenix Stone and asked for her help in bringing Jo (Jodi Lynn O’Keefe) back to life. In the flashforward Tyler (Michael Trevino) was seen driving around New York City when he got a call from Stefan asking him to contact Caroline.

The next episode of the season is I Carry Your Heart with Me. Just as Damon thinks he has the upper hand in his fight against Lily, unexpected events leave him scrambling for a plan B.

Tune in to ITV2 at 11.30pm on Wednesday to see the episode. Preview it with our gallery below: