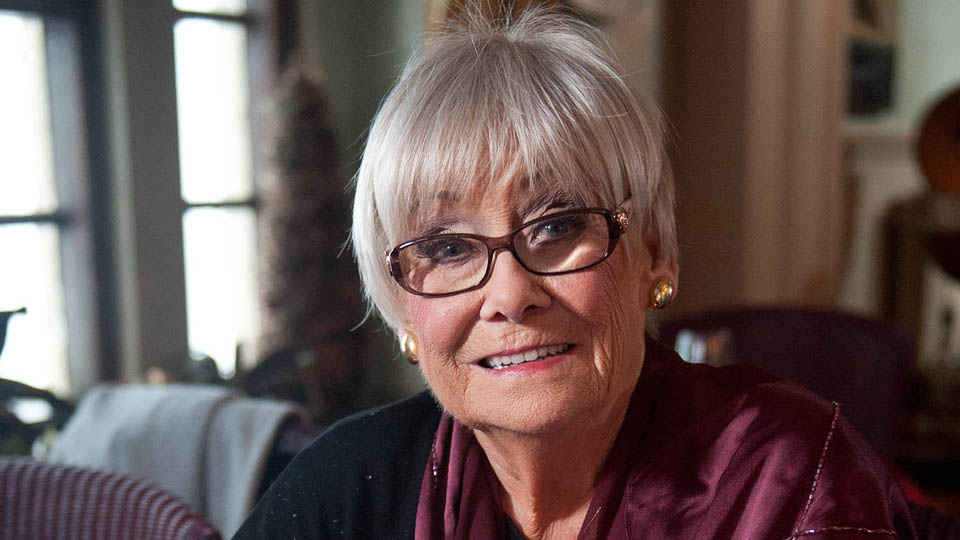 Classic Corrie favourite Liz Dawn (aka Vera Duckworth) is swapping the cobbles for the dales as she comes out of retirement for a cameo role in Emmerdale this Christmas Day.  Already filmed, Liz plays a particularly demanding guest staying at Eric’s B&B.

“There’s only one show I’d come out of retirement for and it’s Emmerdale, particularly as I’ve celebrated my 76th birthday this week (8 November) so I wanted to mark the occasion. I love my character.  What a feisty lady she is!  Giving them all a run for their money in the B&B on Christmas Day. She’s so rude to them which isn’t like me at all. The cast and production team at Emmerdale have been so lovely and really looked after me and I was particularly pleased to be directed by Tony Prescott. I’ve worked with him over many years at Corrie and he’s a lovely man, really good at what he does and very creative.  I’ll be looking forward to seeing my scene on Christmas Day and introducing you all to Mrs Winterbottom.”