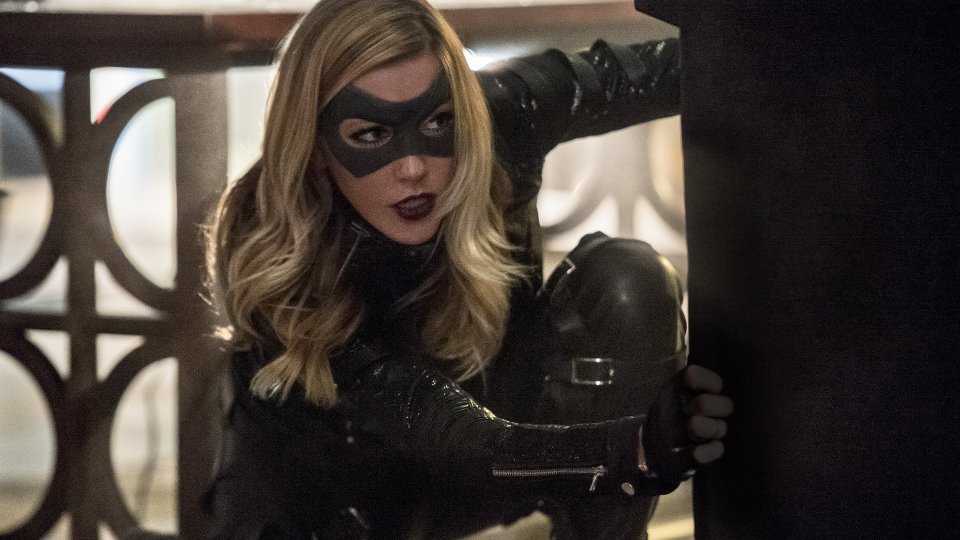 Olive Queen (Stephen Amell) turned to an old friend in tonight’s Arrow when Sara (Caity Lotz) struggled to adjust to being alive again on Arrow.

Following Laurel’s (Katie Cassidy) decision to resurrect her sister using the Lazarus Pit, Team Arrow had to pull together to find Sara when she escaped from Laurel’s basement. As Sara terrorised Star City, it soon became clear that she was searching for Thea (Willa Holland) to kill her, as it was Thea who murdered her. The team captured Sara and Oliver called upon his friend Constantine (Matt Ryan) to help restore Sara’s soul.

Elsewhere in the episode Thea admitted to Oliver that Malcolm (John Barrowman) had forced her to murder people to cure her bloodlust, Darhk (Neal McDonough) gave Lance (Paul Blackthorne) a new assignment to unleash a virus on a security system unaware that Lance was now working against him with Diggle (David Ramsey), and Oliver launched his bid for mayor. Also Felicity (Emily Bett Rickards) discovered that Ray Palmer (Brandon Routh) was still alive.

The next episode of the season is Lost Souls. Felicity is frantic when she learns that Ray is alive and being held by Damien Darhk. Felicity’s guilt over not finding Ray sooner causes tension between her and Oliver.