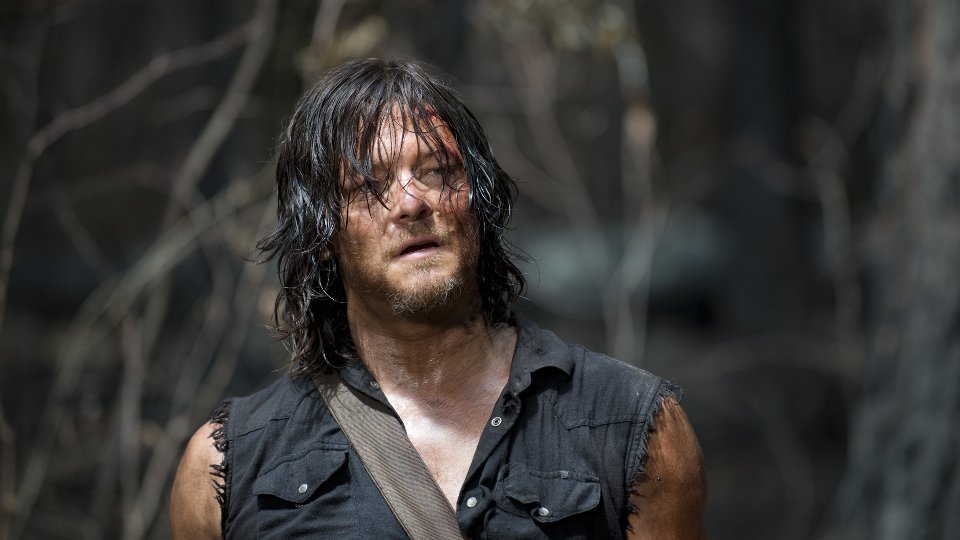 After last week’s Morgan (Lennie James) centric episode, The Walking Dead took us back inside Alexandria this week.

The community tried to clean up the damage caused by the Wolves’ invasion and Rick (Andrew Lincoln) returned narrowly escaping a horde of walkers. Aaron (Ross Marquand) admitted that he accidentally led the Wolves to Alexandria and tried to redeem himself by assisting Maggie (Lauren Cohan) on a search to find Glenn (Steve Yeun). Maggie and Aaron were attacked by walkers in a sewer tunnel and when Maggie realised their efforts were useless, she confided in Aaron that she was pregnant.

Elsewhere in the episode Deanna (Tovah Feldshuh) lost her cool attacking a walker and admitting to Rick that she wanted her community to survive, Jessie (Alexandra Breckenridge) killed her next door neighbour who had turned into a walker and kissed Rick, and Carl (Chandler Riggs) approached Ron (Austin Abrams) for help finding Enid (Katelyn Nacon).

The next episode of the season is Always Accountable. Daryl, Abraham, and Sasha run into multiple obstacles, including a new threat, while trying to return to Alexandria after a mission.