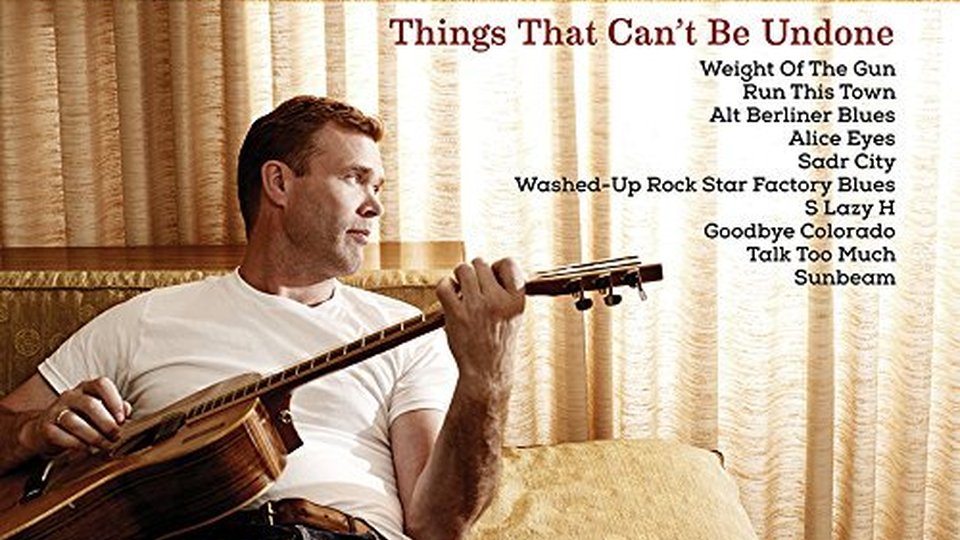 Canadian singer/songwriter/musician Corb Lund last released an album in 2014 when he recut his songs for release Counterfeit Blues. His last album of completely original material was 2012’s Cabin Fever, which topped the Canadian music charts and peaked at number 51 on the US Country Chart. Recently Lund returned to the charts with new album Things That Can’t Be Undone, which scored him another Top 10 in Canada and gave him his highest position on the US Country Chart peaking at 37.

For Things That Can’t Be Undone Lund teamed up with producer Dave Cobb (Chris Stapleton, Jason Isbell) to craft 10 new observational tales that puts his storytelling at the fore. Lund’s long-time band The Hurtin’ Albertans accompany Lund on the album and under Cobb’s watchful eye the record moves Lund into new musical territory whilst keeping his distinct sound present. The album opens with Weight of the Gun, a soulful track with a striking beat and strong melodies that marries traditional country with Northern Soul. It’s an interesting start to a record that provides plenty of surprises and lots of variety to feast your ears on.

One of the most traditional country songs on the record is the jerky Alt Berliner Blues. Strong guitar riffs rip through the melody and the punchy beat makes it perfect to dance to at his forthcoming UK concerts in January 2016. Elsewhere on the record the biting Washed-Up Rock Star Factory Blues is one of the standouts as Lund tells a story of the rollercoaster nature of fame and success. The bluesy feel of Talk Too Much is one of the most interesting arrangements on the record with Lund’s raw vocal sounding fantastic and the beautiful Alice Eyes is one of the album’s quieter moments.

Album closer Sunbeam brings things to a close on a sedate and dreamy note that is a perfect contrast to the darker tone of opening track Weight of the Gun. One of our favourite moments on the record is S Lazy H, a country folk track that tells the tale of how a ranch has changed following expansion. It’s an interesting topic for a song and delivers one of the most compelling observational stories included on the record.