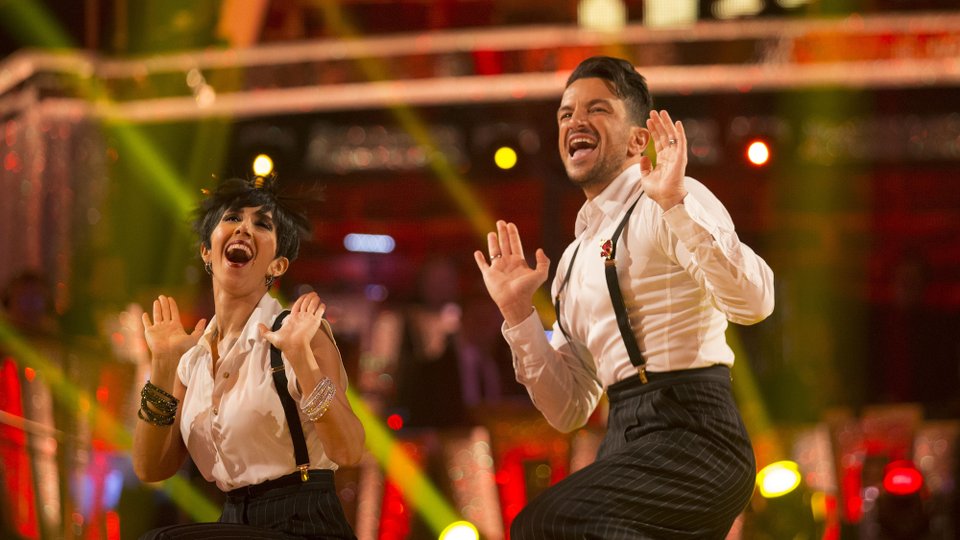 Strictly Come Dancing 2015 continued last night as the remaining 10 couples danced to keep their place in the competition.

From Jeremy Vine’s cowboy themed Tango through to Peter Andre’s enthusiastic Charleston, there was a lot to enjoy. The competition is getting tougher and tougher with every week that goes by and it’s near impossible to call a winner at this stage.

As always we’ve reviewed all of the performances and chosen our Top 5. Who made the cut? Keep reading to find out.

Kellie Bright is as comfortable in Ballroom as she is in Latin. Her partnership with Kevin continued to go from strength-to-strength this week and she was a delight to watch. We liked the nod to the Star Wars performance a few weeks back too.

Len may have criticised the routine for lacking enough basic Rumba (surely that’s Aljaz’s fault and not Helen’s?) but we thought Helen really brought this performance to life. It was sexy, classy and had the wow factor.

If it hadn’t been for the mistakes Georgia and Giovanni would have been at the top of out countdown this week. The actress moved with incredible speed and managed to maintain most of her technique. A very impressive performance that if done 100% right could have seen the first 40 of the series.

Peter finally delivered character in his performance this week. There were a few timing issues, that the judges didn’t seem to pick up on but as always Janette choreographed an amazing routine.

Anita Rani is fast becoming one of our favourite contestants and her Jive with Gleb was amazing. We thought it deserved an even higher score and it’s becoming clear to us that Anita isn’t fazed by anything.

Strictly Come Dancing 2015 continues tonight at 7.15pm as another couple says goodbye to the competition. Who will it be? Tune in to find out.