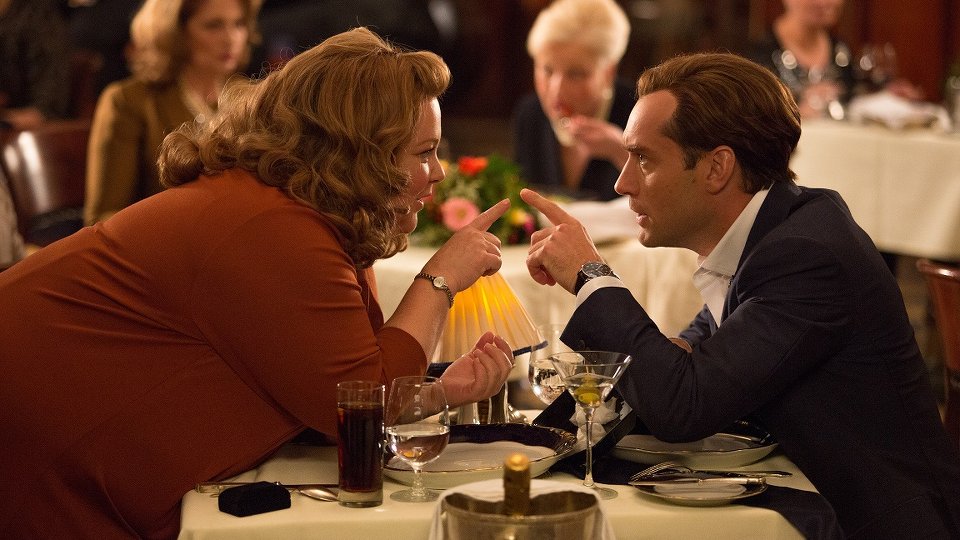 As the desk-bound operations partner to suave agent Bradley Fine (Jude Law), Susan Cooper (Melissa McCarthy) is clearly good at her job. Secretly pining for Fine to reciprocate her obvious affection, Susan is happy… if slightly unfulfilled. When one of Fine’s missions goes awry, she steps up and decides to become a field agent in a bid to thwart a global catastrophe.

When you first see the poster for Spy you’d be forgiven for thinking that this looks terrible. You can imagine the pitch being ‘let’s just put Melissa McCarthy in a silly wig in silly situations and that will be enough’. After box-office bombs like Identity Thief and Tammy, McCarthy needed a big win and Spy is, very surprisingly, just that movie. Showing the same guile and intelligence that made her such a hit in Bridesmaids, McCarthy truly shines here.

In the capable hands of writer/director Paul Feig, Melissa McCarthy is finally given a proper comedy role that doesn’t rest on obvious gags. Her character is actually a relatable person and not just a bunch of tired clichés. When she awakens dormant spy-skills, McCarthy really comes into her own and is just as capable with the action scenes as she is naturally comfortable with comedy. Their next collaboration will be on the Ghostbusters reboot – that just got a whole lot more interesting.

Her chemistry, especially with Jude Law and Jason Statham, is always effervescent. Law gets a great opportunity to live out his James Bond moment – in another time and place he could very easily have played the super-spy, especially on this kind of charismatic form. Jason Statham shows a welcome, rare comedic streak that plays off his hard-man image to perfection. In many respects, Statham is the best surprise of the movie, delivering outstandingly dumb and hilarious lines with a sharp, knowing ambivalence.

There aren’t many downsides to Spy but I would have liked Rose Byrne and Bobby Cannavale to have been given more screen time and more substantial roles. They are too good to be used so sparingly in the movie, especially Byrne who is one of the best actresses of her generation. Having her do more than just the obvious ‘bitch-mode’ gags would have been very beneficial. Miranda Hart is ok as light comic relief but doesn’t match up with her co-stars. That might be the script’s fault but she doesn’t leave a lasting impression which is a shame. Thankfully, all of the films shortcomings are forgotten thanks to a scene-stealing turn from Peter Serafinowicz. He will have you in tears as Aldo, a foreign spy and liaison for McCarthy.

Spy somehow defies the odds and comes in as a very enjoyable piece of escapist fun. The gags all land where they should and the premise is an exciting one full of action and adventure. The cast are the real winners though, with McCarthy on franchise-forming mode. A pleasant, big-budget Hollywood comedy then…  who knew they could still make those?