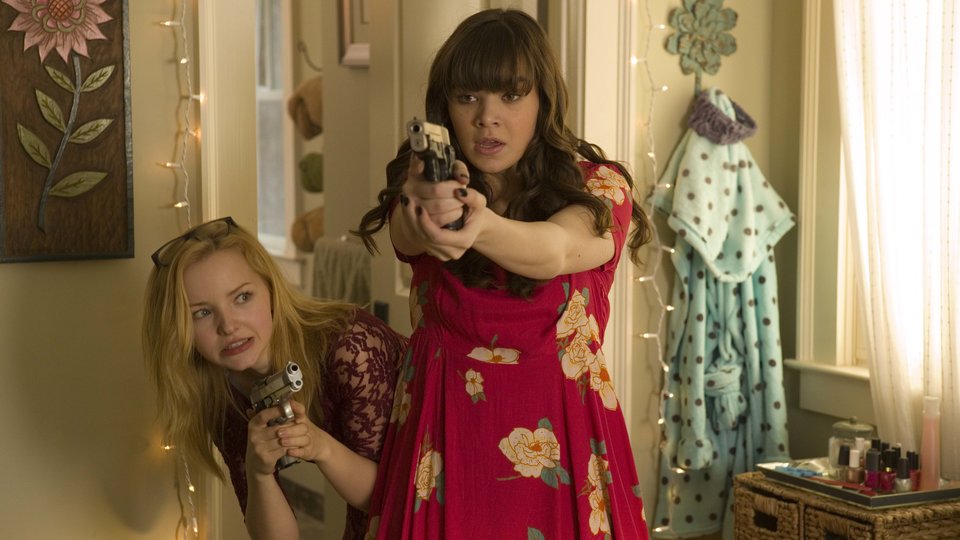 Megan Walsh (Steinfeld) isn’t your typical teenager! Trained as a special ops agent under the tutelage of the ruthless Maxwell Hardman (Jackson) in the elite secret training programme known as the Prescott School for Girls, she’s never even set foot in an average high school.

But Megan yearns for an ordinary adolescence and she’s determined to have just that. After faking her own death during an international mission she adopts the role of a Canadian exchange student and throws herself into normal school life.

But it isn’t long before Megan realises that high school politics are far harder to master than international espionage. Falling prey to the cunning high school cool kids her enthusiasm to fit in marks her out as an outsider, and when her hilarious attempt at being a football mascot goes viral her innocent façade proves even harder to maintain and an old enemy is soon back on the scene…

To be in with a chance of winning one of 3 Barely Lethal Blu-rays, just answer the question below.