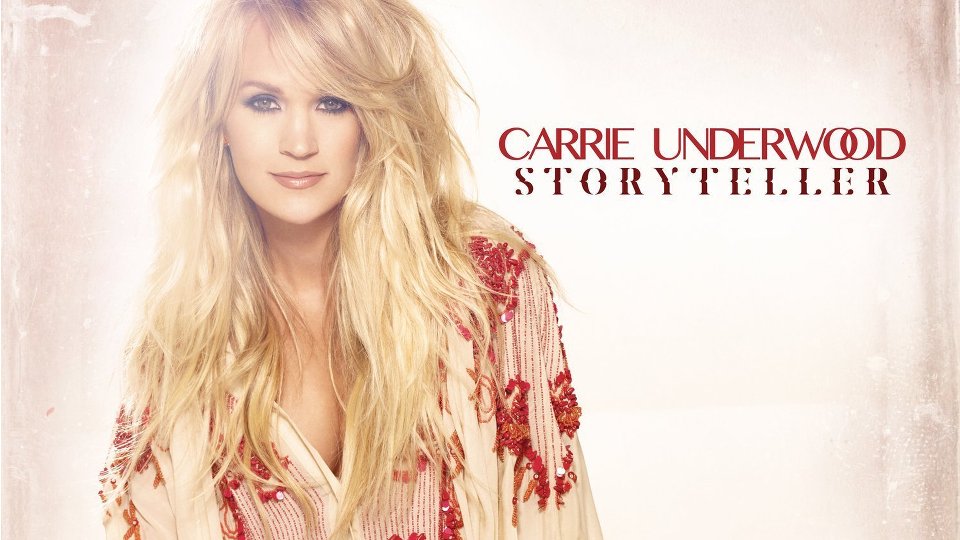 Carrie Underwood is without a doubt one of, if not THE, leading female artist in contemporary country music. The American Idol winner is also the most successful winner of the reality show with four US number 1 albums to her name and sales of over 65 million globally. Her 2005 debut album Some Hearts sold over 7.4 million copies in the US alone and her 2012 album Blown Away gave her a number 11 peak in the UK. Recently Carrie was announced as a return headliner for C2C: Country To Country 2016 where she’ll be promoting her brand new album Storyteller.

Those who have been fans of Carrie’s since the beginning will know that she’s carved out her own niche in country music. Her songs often tell stories exploring themes such as family, religion, love and of course the country staple revenge. Storyteller sees Carrie doing what she does best and trying out some new ground by embracing modern country music. Lead single Smoke Break is business as usual for Carrie but it’s a strong lead in that should garner enough interest for people to want to check out Storyteller.

Carrie has co-writes on around half of the album and she’s worked with producers Mark Bright, Zach Crowell and Jay Joyce. As you would expect from a Carrie album, the songs are big bolstered by her powerful feisty voice. The album opens with the powerful Renegade Runaway, which is the type of song that allows Carrie to show off her vocals on a storming chorus.

Across the album Carrie tries out a few new sounds. Heartbeat borrows the 90s R&B influence of rising star Sam Hunt, who provides harmonies on the track, Like I’ll Never Love You Again takes you back to the good old days of a traditional country ballad, and Clock Don’t Stop features staccato beats that flirt on the verge of R&B influence.

We’ve always been partial to Carrie’s feistier moments and thankfully there are plenty of them on Storyteller. Dirty Laundry finds Carrie taking a cheating lover to task, Church Bells tells the story of a girl falling into a perfect relationship only to find out her new husband was an abusive drunk, and Mexico finds the singer on the run from the law after committing an undisclosed crime.

The hard beats of the uptempo highlight Choctaw County Affair finds Carrie letting her country drawl out as she delivers fairly fast verses soaring with her voice several times during the song. The song is one of the darkest on the album talking about the disappearance of a woman from a small town with Carrie and her lover suspected of being involved.

Storyteller comes to a close with the beautiful What I Never Knew I Always Wanted, which we’re pretty sure is going to become a first dance song at many a wedding in the years to come.

Carrie has delivered yet another solid album and once again she gets the right balance between ballads and uptempo numbers. Honestly it’s not a million miles away from her previous albums but there’s something about Carrie that always makes her worth a listen. Storyteller is rich with stories and Carries’ vocals are flawless making it the perfect follow-up to the incredible Blown Away.