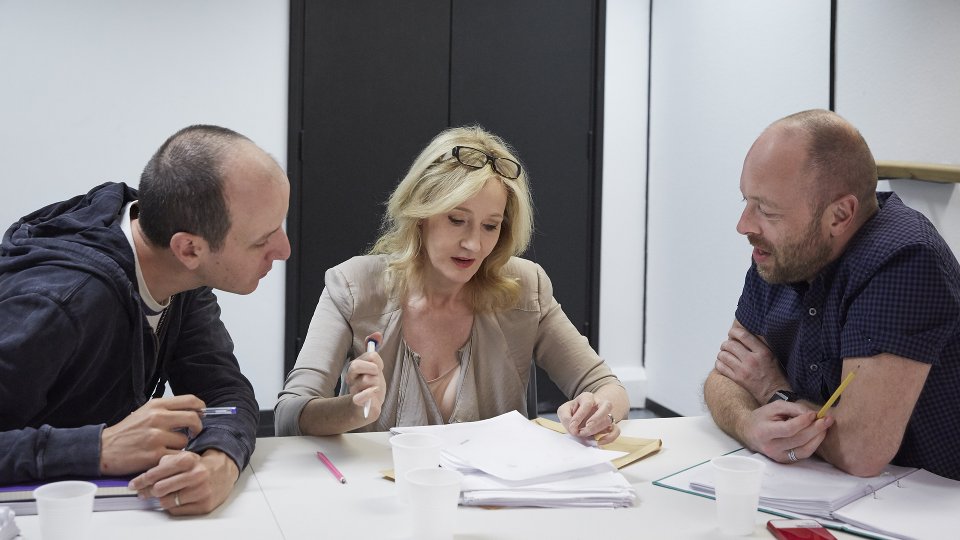 Harry Potter and the Cursed Child will receive its world premiere in London’s West End at the Palace Theatre in the summer of 2016 it has been announced.

The synopsis for the play is:

It was always difficult being Harry Potter and it isn’t much easier now that he is an overworked employee of the Ministry of Magic, a husband and father of three school-age children.

While Harry grapples with a past that refuses to stay where it belongs, his youngest son Albus must struggle with the weight of a family legacy he never wanted. As past and present fuse ominously, both father and son learn the uncomfortable truth: sometimes, darkness comes from unexpected places.

Featuring a cast of over 30, Harry Potter and the Cursed Child is one play presented in two parts. Both parts are intended to be seen in order on the same day (matinee and evening), or on two consecutive evenings.

J.K. Rowling said, “The story only exists because the right group of people came together with a brilliant idea about how to present Harry Potter on stage. I’m confident that when audiences see Harry Potter and the Cursed Child they will understand why we chose to tell this story in this way.”

Jack Thorne said, “To be working again with John Tiffany to bring Harry Potter to the stage in a new story is an amazing opportunity. As a massive fan of the books it is an enormous responsibility but it also means I have the opportunity to work with J.K. Rowling, which is a huge honour.”

Previews for the play begin 7th June 2016 with the opening performances of Part One and Part Two on Saturday 30 July 2016. Four special preview performances are planned for the end of May 2016 – details of where and how to obtain these tickets will be announced at a later date.

Casting will be announced at a later date. Further information can be found at www.HarryPotterthePlay.com