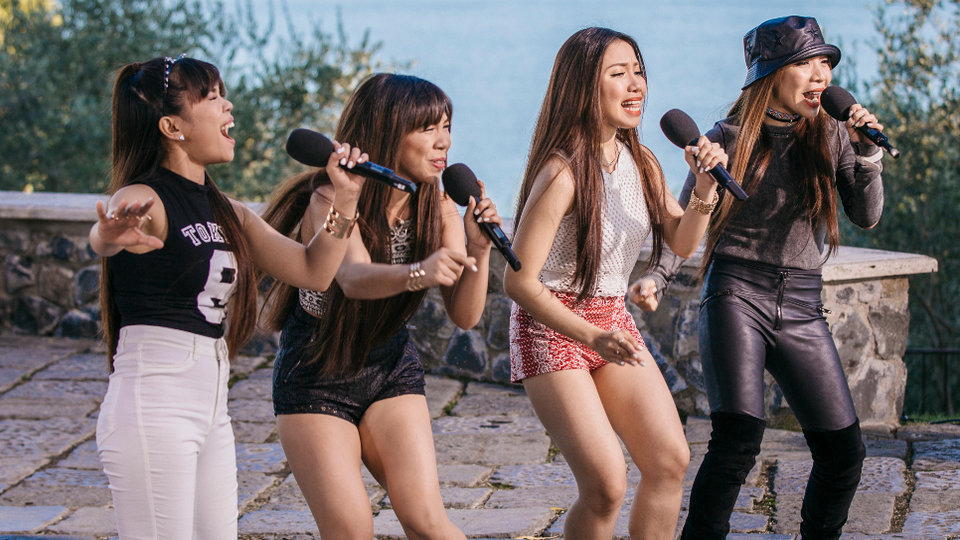 We’re back at the judges houses and first up were the groups who sang at Cheryl’s home in Rome. Cheryl’s guest judge this year was singer/song writer Jess Glynne who had the busy task of helping her pick the right three.

4th Impact came up first and sang a beautiful ballad version of Love the Way You Lie. The girls have been strong throughout the competition and their vocals were on point yet again. Both Jess Glynne and Cheryl thought their performance was emotional.

Alien Uncovered sang next and the extravagant group looked confident in front of the judges. True to form the girls pulled off a great performance and vocally sounded good too. This seemed to pay off with Cheryl and Jess enjoying the performance and looking pretty impressed.

Melody Stone decided to go for a pop track and Cheryl thought they sounded great for church but didn’t know whether people would buy their albums. Bekln Mile opted for more old school vocals and made a Sam Smith track sound beautiful with stunning arrangements. Jess thought the boys were special but didn’t know if she would be still interested in them in a few weeks time.

Bringing sunshine and smiles was the duo Reggie ‘N’ Bollie and we were completely smug with the boys who are just so sweet. Their vocals who aren’t the best of the competition were good this week and we thought the boys really progressed in the competition. Cheryl said that the guys were just fun and that they looked like the happiest contestants.

New Kings Order weren’t feeling strong with one of their members not being able to sing properly due to a cold. The group still manage to pull off a good performance considering with solid vocals. Cheryl was glad about the boys song choice and Jess thought they didn’t look ready.

Cheryl had to then give her verdict live and chose the final groups: 4th Impact, Alien Uncovered and Reggie ‘N’ Bollie.

The X Factor will be back tomorrow night at 7.30 on ITV.