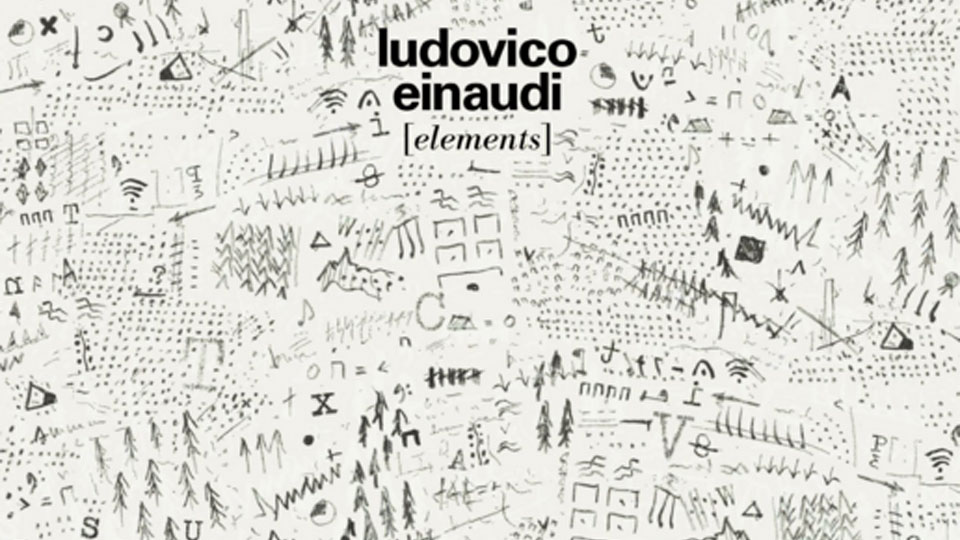 Classical composer and pianist Ludovico Einaudi has followed up his acclaimed 2013 album In A Time Lapse with Elements – another that takes inspiration from the natural world, but with a different slant. Whereas In A Time Lapse captured the drama and power of nature, Elements is a more cerebral work, taking its cues from the quantum world of rapid and minute changes and fluctuations. Whilst the perspective has shifted, Elements retains the transcendent and emotionally thrilling quality that is one of Einaudi’s hallmarks.

This album is sure to be enjoyed by Einaudi’s legion of fans, as it is distinctively part of his oeuvre, but explores new territory. Elements starts strongly with Petrichor. The sumptuous strings of Daniel Hope’s violin, and accompanying cello, bleed into Einaudi’s simple piano riff. The pace quickens as the rain falls and rebounds, echoed in the high notes of the piano. It is powerful and evocative of a rainstorm. The guest artistes continue with Night, which is one of five tracks to feature the Dutch string ensemble Amsterdam Sinfonietta. Counterintuitively, it is one of the most uplifting and soaring of the tracks, taking its inspiration perhaps from nocturnal activity. After the dramatic Night, Drop offers a change in pace to something altogether more sedate. It’s worth listening to at volume or through headphones as there’s a lot of subtlety and texture to this piece, and the slow pace is continued into Four Dimensions.

One of the standout tracks on the album is the title piece Elements, which is both beautifully structured and exhilarating. It starts quietly, but develops into an explosive climax of strings from the Amsterdam Sinfonietta. The melody is repetitive, but hypnotically so, conjuring images of dancing molecules combining and recombining, and it contains an effective use of military-style snare drum.

Whirling Winds is another strong piece. Here, the piano conveys a sense of creeping menace, and it’s joined by violin, allowing the two instruments to communicate a sense of swaying boughs, until a second string instrument adds to the drama.

The pace is rather more subdued for the next three tracks. Twice is perhaps the strongest of the trio. An atmosphere of nostalgia and memory is enhanced by innovative use of electronic noise and sound effects. ABC is perhaps too uncluttered, and it’s the only track to lack the immediate allure of the rest of the album. Numbers is also subtle, though the satisfying sound of scratching strings creates a compelling climax. A sense of scale is evoked by Mountain, though the melody is carried by Einaudi’s piano.

Those who love Einaudi’s ability to build his music from low key beginnings into an incredible soundscape will love Logos, which achieves precisely that and is arguably the most arresting track on the album, with a disharmonious piano accompanied by scratching and plucked strings which explode into an aspect of world music not unlike the sounds found on Einaudi’s Taranta Project.

The final piece on the album is Song For Gavin, which is a poignant way to round out, with a stripped down melody played on Einaudi’s piano. It’s simple and graceful, and retains the pensive and introspective quality that saturates the music on this album.

There’s something about the perfect union of piano and violin which makes for the richest and most emotional music, and Einaudi exploits the wonderful combination to maximum effect in Elements. It is an album full of moments of disquieting stillness. An atmosphere of slow, quiet menace pervades much of it, though this is punctuated by moments of transcendence and breathtaking energy. Elements is a strong album, more reflective than some in his canon, with world class musicianship bringing to life a dozen beautiful melodies.