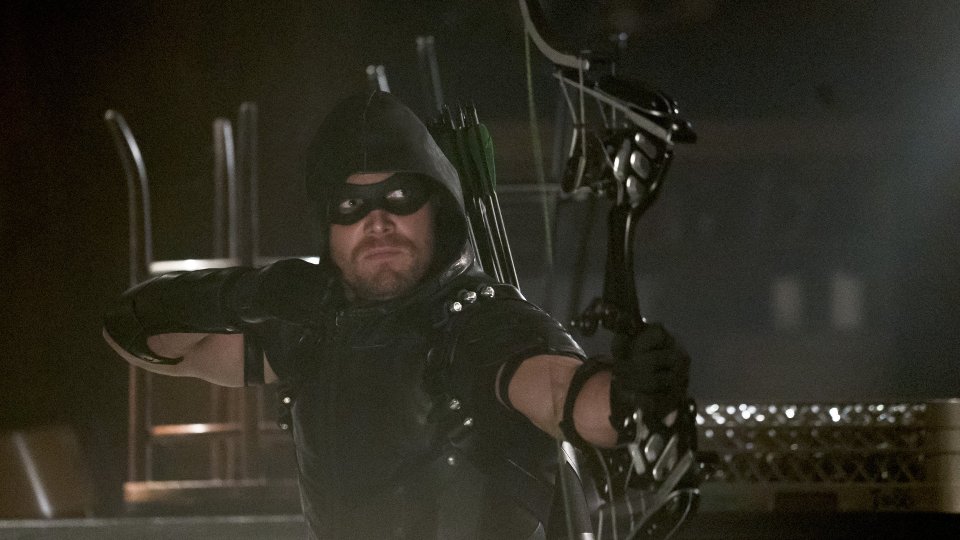 After choosing a life of peace and quiet with Felicity (Emily Bett Rickards) instead of crime-fighting and chaos, Oliver was soon drawn back to Starling City when Laurel (Katie Cassidy) and Thea (Willa Holland) appealed for his help. Oliver wasn’t happy when he discovered that Felicity had been working with Team Arrow behind his back and Diggle (David Ramsey) wasn’t happy to have Oliver back as part of the team.

Starling City was under threat from the mysterious Damien Darhk (Neal McDonough) and his ‘ghosts’ who were targeting the city leaders. Darhk’s attempt to kill Detective Lance (Paul Blackthorne) failed and it was revealed that the two were secretly working together.

By the episode’s end Oliver was firmly back in Starling City taking on the identity of Green Arrow, Felicity was continued to run Palmer Technologies, and a flashforward revealed that someone close to Oliver AND Barry Allen (Grant Gustin) would end up in a grave by the end of the season. Who could it be?

The next episode of the season is The Candidate. When an old family friend, Jessica Danforth (Jeri Ryan), tells Oliver and Thea that she is going to run for mayor, both are concerned considering the last three mayors have been murdered.