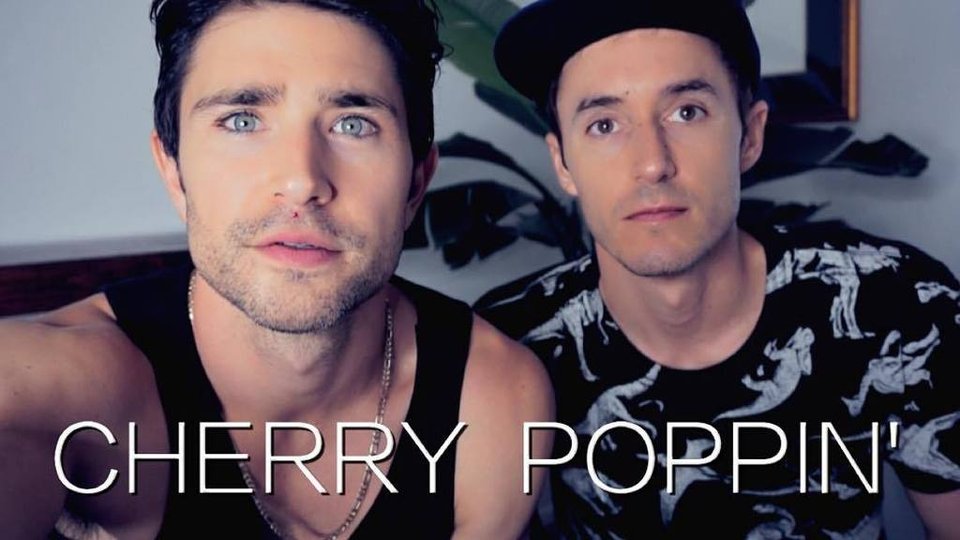 Matt Dallas and his husband Blue Hamilton have just launched their new web series Cherry Poppin’ with one of the most adorable videos we’ve ever seen.

The beautiful and talented duo have launched the series to connect with fans and give them a glimpse into their life. In the first video Matt and Blue are seen being playful with one another as they introduce themselves and talk a little bit about their interests.

The ridiculously adorable couple get into a play fight over the clothes they’re wearing after Matt reveals he stole Blue’s tank top for the video then claims that Blue is wearing a t-shirt that used to be his.

As if we weren’t in love with the couple enough already, this video has us very excited for what’s to come with their web series. It’s also a great excuse to spend a bit of time in their company (albeit virutally) and we can’t get enough of Matt’s sexy pout at towards the end of the video!

In this article:Blue Hamilton, Matt Dallas