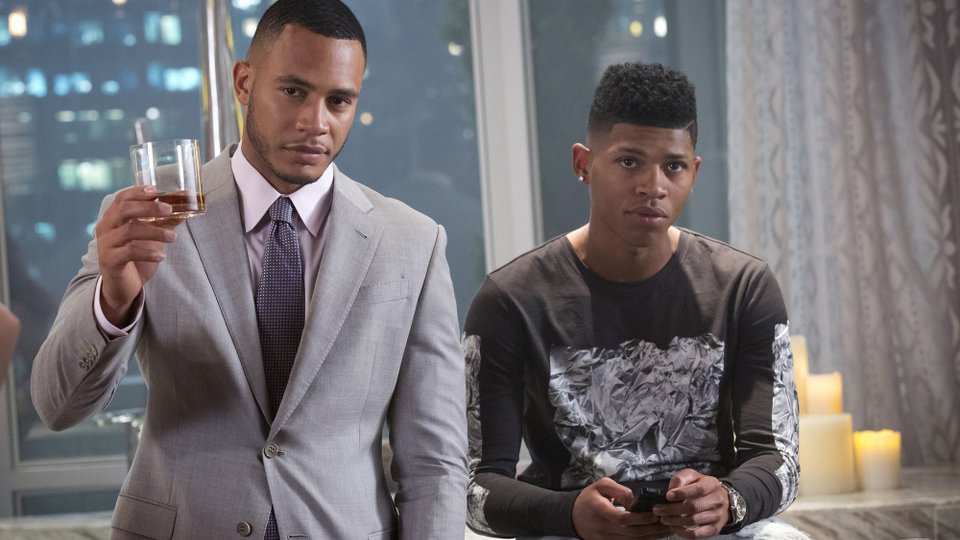 Empire returns in the UK tonight but fans can get a sneak peek at new music from the season right now.

Two new original songs have been released to buy and stream ahead of the season 2 UK premiere. No Doubt About It featuring Jussie Smollett aka Jamal Lyon and Pitbull is the first of the two tracks, which was co-written by Pitbull with Ne-Yo. The second track, Ain’t About the Money, also features Smollett along with Yazz aka Hakeem Lyon.

Both songs are available on iTunes and Spotify now. They are the first tasters from the Empire: Original Soundtrack from Season 2 Volume 1, which will be released later this year through Columbia UK.

Empire season 2 airs tonight at 9pm on E4 and will pick up three months after Lucious’ (Terrence Howard) shocking arrest and incarceration at the end of last season. Knowing Lucious won’t be held much longer in prison, Cookie (Taraji P. Henson) and her allies within the Lyon family make a desperate attempt to seize control of the company. But as the Lyons continue to battle each other, a bigger external threat emerges that could force them to unite.

You can listen to both songs below: