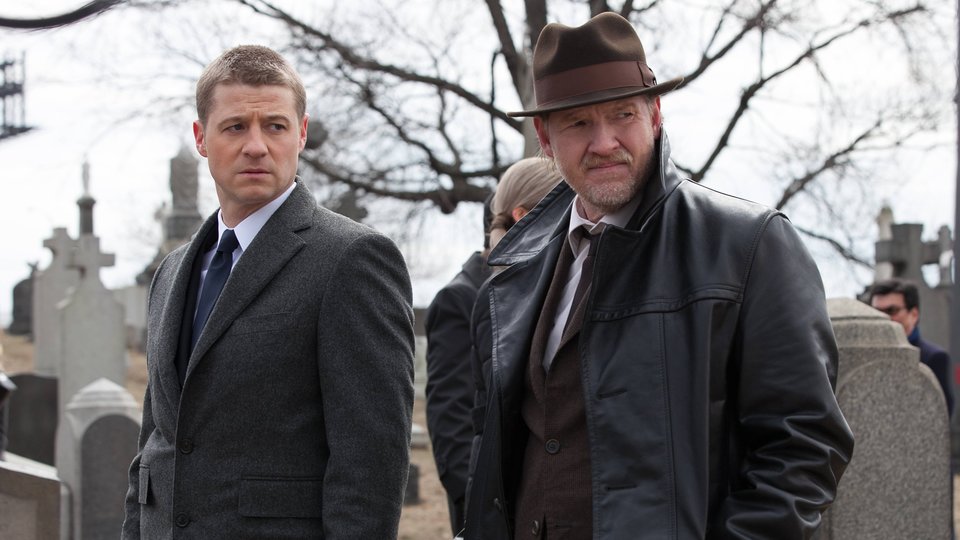 Everyone knows the name of Commissioner Gordon, but what of his rise from rookie detective to Police Commissioner? What did it take to navigate the layers of corruption in Gotham City, the spawning ground of the world’s most iconic villains?

Gotham tells the story of the world’s most iconic DC Comics Super-Villains and vigilantes from the very beginning, revealing an entirely new chapter that has never been told. From executive producer Bruno Heller (The Mentalist, Rome), this crime drama follows GCPD Detective James Gordon’s rise through a dangerously corrupt city, while also chronicling the genesis of one of the most popular DC Comics Super Heroes of our time.

Although the crime drama follows Gordon’s turbulent and singular career, it also focuses on his unlikely friendship with the young Bruce Wayne – with his mentorship a crucial element in developing the mythology of Gotham City.

Track the story behind one of the world’s greatest comic book universes and turn vigilante as the darkly thrilling Gotham: The Complete First Season comes to Blu-rayTM and DVD on 5th October.

To celebrate the release of Gotham, we are giving away 2 pairs of tickets to an exclusive money-can’t-by Gotham Season 1 screening event. The screening will start at 23:55 this coming Saturday (October 3rd), and takes place at the world famous Prince Charles Cinema in Leicester Square. It will run all night and finishes in the early hours of October 4th!

*Please note, competition ONLY includes a pair of tickets to the screening. It DOES NOT include travel, accommodation, food, drink or expenses. Winners are expected to make their own way to and from the venue.

To be in with a chance of winning one of 2 pairs of tickets for this exclusive Gotham screening, just answer the question below.