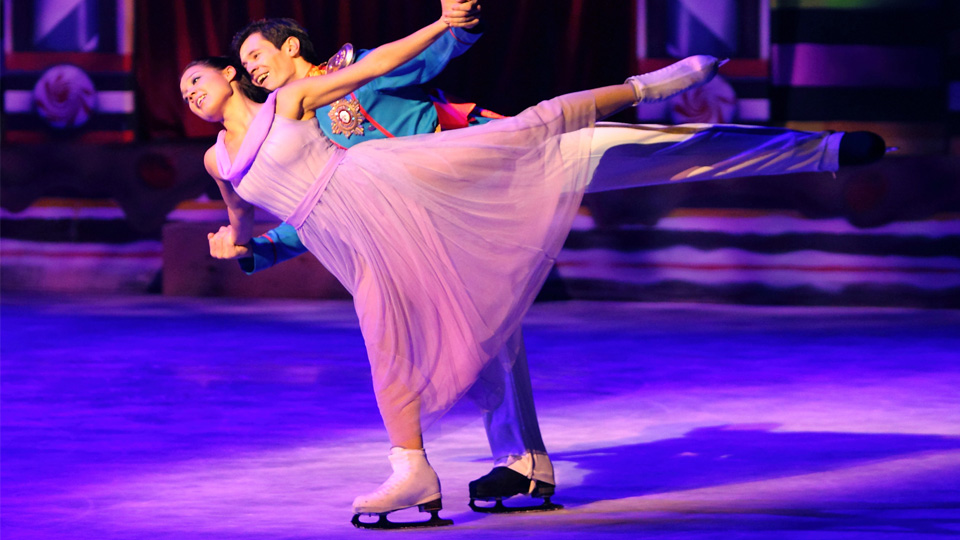 International ice dance sensation, The Imperial Ice Stars, return for a third season at the iconic Royal Albert Hall with their dazzling production of The Nutcracker on Ice for Christmas 2015, as part of their 10th anniversary world tour. The Nutcracker on Ice will open on Monday 28th December for a strictly limited season of twelve performances.

Set to Tchaikovsky’s most famous score, the 26-strong cast of Olympic, World, European and National Championship-level skaters will astound and mesmerise audiences with their adrenaline-rich, dramatic performance, in the intimate setting of a frozen theatre stage. The Royal Albert Hall is the only venue in the world where a live 24-piece orchestra will be playing alongside the Imperial Ice Stars’ performance.

Set in early-1900s St Petersburg, The Nutcracker on Ice follows the classic Russian tale of Marie, the little girl whose love brings to life her cherished Nutcracker doll – a magical Christmas gift from her mysterious godfather, Drosselmeyer. As midnight strikes on Christmas Eve, the toy comes to life, sweeping young Marie to a winter wonderland of enchantment where she meets the Mouse King, the Nutcracker Prince and, of course, the Sugar Plum Fairy.

The Imperial Ice Stars’ renowned Artistic Director, Tony Mercer – the world’s leading creator of contemporary theatre-on-ice – has once again teamed up with four-time figure skating World Champion and dual Olympic gold medallist Evgeny Platov to create choreography that further raises the bar, with ever more breathtaking high-speed leaps and throws, and awe-inspiring acrobatics, coupled with the most graceful and sublime ice dancing.

Tony Mercer said: “The art form of ice dance lends itself beautifully to this well-loved tale. Not only does the story entail some wonderful romantic ‘adagios’ with lifts and jumps, but the exotic ‘divertissements’ from Spain, China, Arabia, Russia and Egypt allow us to introduce some gymnastics, flying, acrobatics, fire and illusions.”

Showcasing world-class skating with sumptuous projected scenery, lavish costumes, ingenious tricks, spectacular flying sequences and agile acrobatics, The Nutcracker on Ice at the Royal Albert Hall is a thrilling theatrical experience that will enchant all ages.