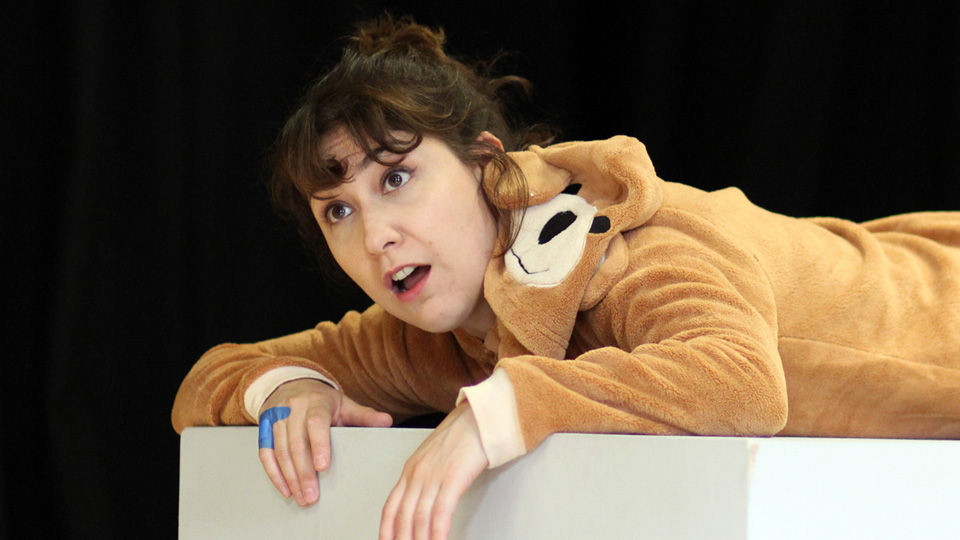 Winner of the Theater Heute’s German Play of the Year Award, And Now: The World! asks what it means to be a young woman in a digital world. The play uncovers the harsh anonymity of a life lived online and questions if human relationships are sacrificed in return for a digital existence.

Award-winning playwright Sybille Berg, nominated for the most prestigious award for German speaking playwrights, the Mulheim Dramatists’ Award as well as winner of the 2008 Wolfgang-Koeppen-Literaturpreis, dissects a human response to an online world of possibilities.

Award winning dramaturge and playwright Clara Brennan and OpenWorks Artistic Director have worked together to bring And Now: The World! to UK audiences. Brennan garnered critical acclaim, including winning a Fringe First, for Spine (2014) as well as being awarded the Channel 4 Screenwriting Prize in 2013. As a playwright, her work has been performed at the Soho Theatre, Southwark Playhouse, York Theatre Royal, The Duke’s Theatre, the Arcola Theatre and the Traverse Theatre.

OpenWorks’ Artistic Director, Abigail Graham said, “I’m thrilled that we are bringing this amazing award-winning German text to the UK. It’s an important, thought-provoking play that tackles the most urgent issues of our times – digital culture, activism, feminism, human relationships. Sybille Berg is one of the best playwrights I have come across and I can’t wait to share her work with British audiences.”

And Now: The World! is at Derby Theatre from 2nd October 2015. Tickets cost £10 with concessions. Book online at derbytheatre.co.uk or call the Box Office on 01332 59 3939. For a full list of engaged theatres visit openworkstheatre.co.uk.