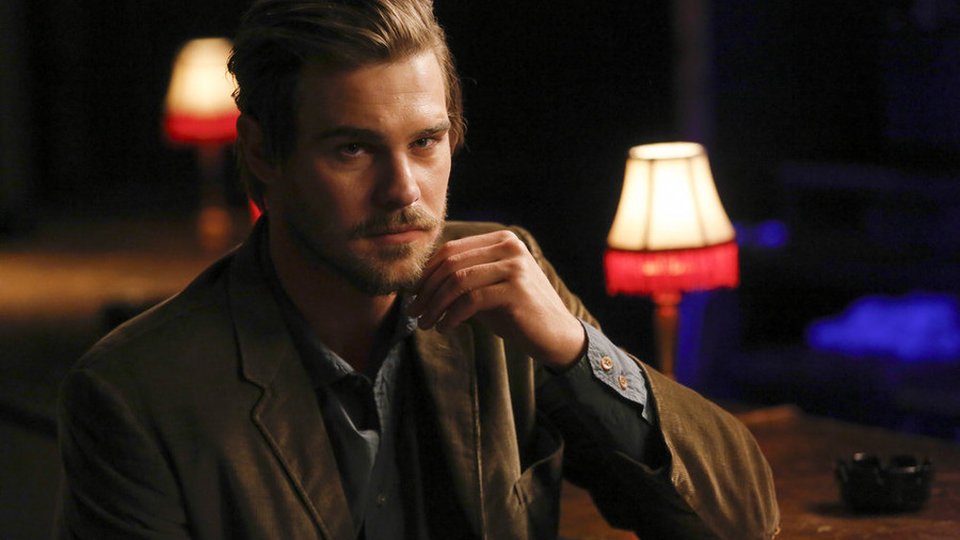 Hodiak (David Duchovny) was called on to investigate the death of a movie star on the Paramount Pictures lots in the latest episode of Aquarius.

The body of actor Raymond Novo was found at the studio and it appeared to have been crucified. Hodiak discovered that the actor regularly brought men to the studio and that his sexuality was an open secret. When Hodiak had no luck at a local gay bar, he asked Brian (Grey Damon) to go undercover there which made him uncomfortable. The investigation was quickly shut down when the studio feared that Novo’s sexuality would become public knowledge.

Elsewhere in the episode Charlie (Gethin Anthony) attempted to get revenge on Hodiak but ended up in a fist fight with Ed (Chance Kelly) instead, Emma (Emma Dumont) and Sadie (Ambyr Childers) visited ‘Mother’ Mary (Abby Miller) a former follower of Charlie’s who was pregnant, and Ed discovered Hodiak’s watch in the bedroom of Opal’s (Jodi Harris) house.

The next episode of the season is Sick City. Hodiak turns to two people from his past – a priest and a prostitute – for help.

Tune in to Sky Atlantic HD at 9pm on Tuesday to see the episode. Preview it with our gallery below: